Blog
You are here: Home1 / Blog2 / Uncategorized3 / Corrective exercise: What are we correcting? 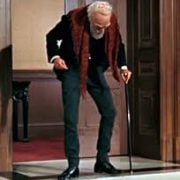 For some reason I keep receiving emails extoling the virtues of ‘corrective exercise’. Whenever I hear the term ‘corrective exercise’ the question that always pops into my head is “what the hell are we correcting?” especially as ‘corrective’ exercise is often touted as alleviating or eliminating pain and preventing injury.

Over the past few years delving into the research on movement, posture, pain, muscle firing etc. one thing that is consistent is that there are not too many well defined ‘corrects’ that we can use to ‘correct’ to.

Surely to confidently embark on what you feel is a ‘corrective’ strategy you would have to have objective evidence of a ‘correct’ and evidence that deviation from this ‘correct’ is the cause of whatever you are trying to cure or prevent? Perhaps I am being over analytical here!?

One of the underpinning concepts it would seem in the field of ‘corrective exercise’ is that we need to have ‘good’ posture and ‘balanced’ muscles. One thing I rarely see adequately explained is how these postures or imbalances actually lead to acute or chronic pain and the mechanisms involved. This fear mongering is heavy on the melodrama and light on evidence.

Where does this magical blueprint come from? I am unaware of an agreed upon definition of ‘good posture’ that we can objectively use to then define ‘bad’ and then ‘correct’ to. We seem easily seduced by complex anatomical theories about ‘correcting’ and ‘neutral’ that often are not really supported by the available evidence. perhaps we should apply this scrutiny to many of the ideas that propose deviation from a 'correct' as the cause of pain?

Even before we look at any of the evidence we should really have a look at the basic scientific plausibility of the idea.

Part of the process of pain originating from a specific tissue, such as a muscle, occurs by the stimulation of nociceptors contained within the tissue. Nociceptors are receptors that sense noxious stimulus or more plainly put danger! They encode this stimulus and then relay this message to the brain via the spinal cord. The brain then decides if this information it is receiving is sufficient to then become the experience or output of pain. We have to appreciate that this information from the tissue may not be enough on its own to be translated into the perception of pain.

Some nociceptors can be polymodal meaning they sense mechanical, chemical and thermal stimulus that could cause a threat to the tissue, others just sense a single stimulus and some are quick at sending information and others slow.

Now nociceptors are set to have a high threshold meaning that the stimulus required to make them send a signal back to the brain needs to be pretty high. This makes perfect sense because if the nociceptors had a low threshold to a stimulus then they would be popping off all the time and life would become a pretty painful experience.

These sensitivity levels can alter and we may see this with people in persistent pain and also when the state of the tissue changes such as during periods of inflammation and the resultant chemical cascade that occurs.

If we think about people with a normal tissue state then ‘poor’ postural ‘deviations’ will provide a mechanical stimulus to the tissue that is actually very low, much more of a position rather than a motion. The likelihood is that the mechanical stimulus would not reach the level required to activate the receptors designed to sense a high stimulus and then transduce this back to the brain.

Another theory is that poor posture over the long term leads to tissue damage that then causes nociception. Unfortunately this does not seem to hold water either. If wear and tear to our tissues was simply to blame for pain then we would not see many asymptomatic people with tissue damage…...but we do!

This study of spine imaging *Click Here* estimated the prevalence of disc degeneration was 52% for ASYMPTOMATIC 30 year olds rising to 80% for the 50 year olds. Wear and tear to our tissues is the same as getting grey hair, going bald or getting wrinkles it’s just less apparent as it’s not external. Your brain may not recognize this as a threat as it may not your grey hair.

How many people have what could be considered as ‘poor’ postures and never develop any pain? I bet you can think of quite a few people you know. Going back to the beginning of the piece you will remember that nociception from the tissue on its own is not enough for the perception of pain. 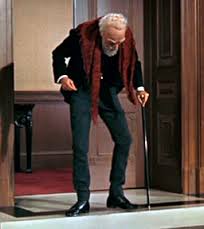 Tissues are amazing at adapting to increased loads. In fact if you go to the gym that is exactly what you are asking your tissues to do, adapt to an increased load. These loads will be much higher and in more extreme joint ranges than your average bad posture. 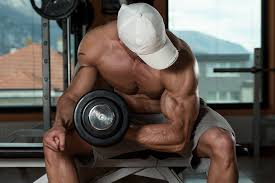 The same maybe true of a muscle being ‘overworked’ and fatigued via a faulty posture as a source of pain. Surely over time a muscle would adapt to the level of endurance required to meet the demands of a task? A bit like training for a marathon! It has also been discussed that we have alternating recruitment of muscle fibres within muscles to avoid becoming so fatigued.

The human biological system has the ability to adapt and to self-repair. We have large tolerances and variations in both anatomy and function. The ‘corrective’ paradigm seems to assume an inherent fragility with the most minor deviations causing major problems.

We certainly seem to have a body of evidence that suggests people in persistent pain do not have very different postures from those that are not in pain.

Surely if posture, pain and tissue damage were closely correlated we would see this clearly and consistently reflected in the evidence base? We could then make a good case for a ‘corrective exercise’ program but unfortunately we don’t.

Another proposed cause of pain from poor posture is ongoing tissue stress and subsequent inflammation. Have we solid evidence that ‘poor’ posture leads to an inflammatory state of the tissue that could lead to pain? If you are reading this and have some then please send it to me.

Again surely if postural deviations created inflammation and a change in the chemical state of the tissue then we would see a more consistent correlation between people with ‘poor’ posture and pain?

Is the proposed prolonged low-level mechanical stimulus enough to trigger an inflammatory response? If we look at Dye’s excellent model of ‘tissue homeostasis’ *Click Here* then the stimulus would have to be large enough to exceed the zone of normal tolerable loading and enter the zone of supra-physiological loading disrupting the bodies normal physiological processes, I am unconvinced it would.

Postural positions adopted for extended periods certainly could negatively influence nerves through tension and compression of both the nerve itself and via forces applied to the nerve from prolonged muscular contraction.

This may affect the intra neural blood flow and nerves are especially sensitive to decreases in oxygen and resultant ischemia with associated low tissue PH (acidosis) that can occur from the reduced flow of blood. The sensitised nerve may then be triggered into sending danger signals by much more normal forces applied to the nerve rather than the usually higher forces required to trigger danger signals.

This could actually happen to ANY posture that we adopt for an extended period of time. That could be a hunched posture or what we maybe described as a ‘good’ posture. The major factor would be that the posture is unchanging not the actual position that we adopt. Rather than the postural position it would be a lack of MOVEMENT that is problematic.

This is why after we sit for a long time we often need to get up and move around. We feel stiff and irritable and in need of some basic pump and flow to our tissues to drive more of the good stuff and flush out the bad! Often we will get up move about for a bit and feel much better, it is just a basic warning system to move!

One of the reasons I often hear blamed for poor posture is a ‘muscle imbalance’, one muscle being stronger than another around a joint pulling it out of the ‘correct’ position.

I imagine this like a bit of a tug of war! 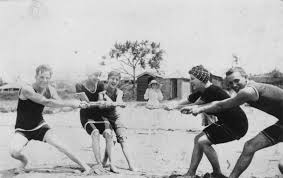 A question that pops into my mind, which I warn you can be a strange place, is that in a situation that requires a small percentage of contractile force would this difference in strength become apparent?

During the low-level isometric contractions employed in maintaining a posture it is estimated we use between 4-7% of MVC (maximal voluntary contraction). (The Ergonomics of working postures P142, Corlett E et al 1985)

Perhaps only above the threshold of the difference in strength would one muscle actually “win” the battle. At a lower level demand perhaps they simply balance each other out if it were in fact a tug of war. So would we be likely to see strength imbalance lead to postural changes when such low levels of MVC are required to maintain a posture?

Our posture is also influenced by a number of different systems such as the visual and vestibular systems not solely the strength or length of two opposing muscles (amongst many) around a joint. Perhaps just looking at two muscles is an overly simplistic view of posture.

We often look to ‘correct’ muscle firing patterns, especially with back pain, with no real evidence of how they should fire in the first place. Here we see two pieces of research that show abdominal muscle firing and function have little to do with getting better from back pain *Click Here* & *Click Here*. Perhaps altered muscle firing is a result of rather than a cause of back pain and therefore is not implicated in resolving the pain.

We must also think about the psychological impact here as well. How does telling someone they are ‘imbalanced’ and in need ‘correcting’ affect their sense of fragility? Could this translate into an interpretation of being ‘broken’?

Could we see the term as a nocebo? The nocebo is the opposite of a placebo, essentially it has the potential to make things worse not better especially if there is no problem to begin with and one is created.

The awareness of the importance of this side of our interaction with people is growing *Click Here* and even if we had credible evidence that people are in need of ‘correction’ it would probably be better to not dress it up as such.

It may also reinforce the role of the therapist or trainer as the person required to ‘fix’ their ‘posture’ or ‘muscle firing’. Both of which are quite possibly based more in the imagination rather than reality.

Strengthening the most overused term in rehab?

6 key texts on movement & pain!
Scroll to top
We use cookies to ensure that we give you the best experience on our website. If you continue to use this site we will assume that you are happy with it.Ok