Blog
You are here: Home1 / Blog2 / Uncategorized3 / Is there such a thing as a bad exercise? Or just bad application? 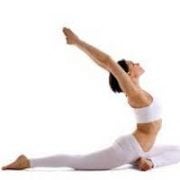 Well, like most things in the world of health there is NEVER a simple answer! Although I am sure you have seen a few articles on social media proclaiming the 5 worst exercises EVER but lets bit a little more analytical.....

We probably have TWO questions here.

Lets get after the first one first!

YES I think there is such a thing as a bad exercise! And there are a number of reasons why an exercise may qualify for the status of BAD. But, and it’s a big but, exercises on their own are generally not inherently bad, it’s more the application of those exercises to a specific person or scenario that could be BAD.

One of the major reasons is if the exercise selected has not been properly reasoned with the client or patient in mind. As humans we are driven by biases, conscious or subconscious, and this includes exercise too. Sure we all have our go to exercises we think are beneficial but if EVERYBODY gets the same program then perhaps the individual has not been properly considered.

We can always perform some mental gymnastics and say well EVERYBODY needs to be stronger, move in a specific way or needs to activate a specific muscle so a generic program can be justified, but with the myriad of different goals, injuries, functions and preferences that exist of I find it hard to believe that everyone should get the same exercises all the time.

Another biggie would be if an exercise were just down right dangerous. Balancing on a swiss ball with 100kgs overhead just does not seem particularly sensible to me. The risk reward equation does not really stack up here however ‘functional’ you believe it is. YouTube is littered with dangerous exercises and fails; you can have hours of fun!

I think we can sum up the BAD use of an exercise into three main categories:

Plyometric’s for a sensitive reactive tendinopathy might have a high potential to cause irritation and zig zag hops early in the rehab process for an ACLR both spring to mind. Both of these exercises might be necessary during rehab but the timing might be key.

An advanced balance exercise might be a BAD idea for someone with low movement confidence or HITT exercise for someone with very low fitness or contraindications but this does not simply make them BAD forms of exercise.

Someone might just HATE a particular exercise and may not enjoy doing it or even want to do it. Both of these elements could affect the outcome through low compliance or lack of effort.

An exercise might not be challenging enough or is far too challenging. Now, how much adaptation required for a positive outcome is up for debate but if the stimulus is just to low then you are not likely to get much, and this could be for either skill or strength. Equally the stimulus could be TOO much and cause irritation. Certain joint positions or ROM’s might also irritate particular injuries, so staying away from these when sensitive is probably a good idea.

If you BELIEVE an exercise to be inherently BAD then ask yourself, WHY is it bad?

Because some dude on the internet said so?

Because there is some specific data or link to high prevalence of injury?

We should always question our own beliefs the most. Often critical thinking is mainly reserved for other peoples beliefs though.

Lets have a look at the second example.

Is there such a thing as a BAD movement?

What a question! Now this is far to big a debate to get into in this short blog but certainly the idea of moving in the wrong way on a MINUTE level is not really supported by the available data.

If you took repeated measures of the SAME movement by the SAME person you would be likely to see subtle or even major differences in the way it is performed. The same is true when you look at two DIFFERENT people move, they in all likely hood will have very different strategies. So the same person will move differently each time and differently from someone else moving differently each time. This means it is pretty complicated shizzle!

What’s the wrong strategy? Who knows! Again if you believe it is bad ask yourself why, does it stand up to scrutiny?

As I said at the beginning it could be suggested an exercise is BAD because it takes us into a too much of a movement deemed to BE bad such as lumbar flexion or knee valgus. A crunch would be a good example of this line of thinking with the amount of lumbar flexion it involves and it has been suggested in some circles it would be best avoided.

Movement of course is only one small part of the equation however; we also have the force generated by how quickly we go through a movement or when an external load is added in. Now I am no biomechanical genius, far from it in fact, but essentially we could go to potentially ‘problematic’ joint ranges very slowly and pose much less danger to the tissue than if moving quickly, so it is not as simple as just the movement or ROM itself.

A question of timing?

Again it might all come down to a question of timing? Perhaps we could say that avoidance of a movement that is irritating in the short term COULD be a good thing.

Lets take the example of lumbar flexion, it is part of the rich tapestry of human movement available and somewhere most of us go quite regularly in our daily activities, so we probably WOULD want to get back to going there at some point and build up some tolerance. In the short term avoiding pissing off my back is smart but continuing to avoid flexion over the LONGER term could become an issue if I was to become sensitive, potentially physically and/or psychologically, to a normal movement under normal loads.

We could summarise this simply as the movement itself is not inherently BAD but in SOME contexts, such as when sensitive or under high loads, could be problematic.

Looking at kinematic data from serious injuries such as ACL ruptures highlights this. ACL ruptures tend to happen on a single leg, at high speed with a shallow angle of knee flexion and often the cherry on top is some knee valgus thrown in too!

So knee valgus on its own may not be as likely to be damaging in another context such as a squat or a lateral lunge for example. I don’t know the prevalence of ACL damage squatting but I doubt it is that high.

Please don’t read this as “Go into knee valgus with 200kg on your back it does not matter” as….well….I didn’t say that! The higher the load the greater the force, this highlights the two-sided nature of the movement & force equation. But still, most sports people don’t rupture their ACL in the weights room!

Another question is, is someone adapted to these types of movements? If you took a snapshot of Djokovic on the tennis court you might wince at the joint positions he gets into under really HIGH loads. A lesser player may get into SOME similar positions but the games are much less likely to be as intense or long. 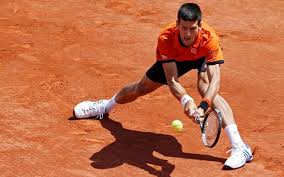 Why does he not suffer constant knee injuries? Probably because he is well ADAPTED to these movements. The amount he loads into these positions could be PROTECTIVE as we are biological creatures NOT mechanical ones.

The same might be true of some dude in the gym who performs really shitty deadlifts. You have seen him too right? Well why is he not always injured? Maybe because by training them in “shitty” he has adapted to them. Could it be problematic at the same loads for a newbie? Who knows, but potentially the risk becomes greater.

• Exercises can be BAD!
• Not inherently but in their application
• Could be bad timing, a bad choice or a bad stimulus
• If you believe it is bad ask yourself WHY?
• Is movement BAD is a big question!
• Movement is VARIABLE – So what is bad?
• Not just movement BUT also the FORCE generated.
• We may need to AVOID a movement sometimes
• A movement could be worse in some contexts
• Humans adapt and high loads COULD be protective in some movements

Do we really know how exercise works for pain?

Are painful FLARE UPS to exercise just like SUNBURN? (and why might we need...
Scroll to top