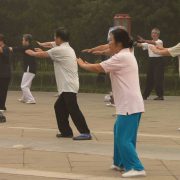 Below are 4 key points in my opinion that can be overlooked when using exercise and movement therapeutically. 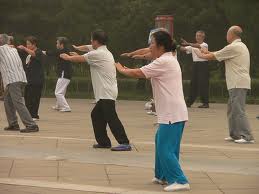 Therapy based exercises are generally about getting INCREASED activation, creating more strength and sometimes also getting an earlier onset timing of a muscle. This is can often described as increased 'firing' and if I had a pound for everytime someone said to me 'I have been told my glutes aren't firing' I would be a rich man!

The more we study the movement of people during and post pain the more we tend to see it can actually be an INABILITY to relax and turning muscles OFF, not sure we turn them off or on like a light switch but fits with the concept people seem to have, and stop them from firing so much.

In this study when both a real and noxious noxious stimulus was introduced to the task we see an increase in muscle activation.

"Muscle activation was earlier and greater than that required for the task and is likely to create unnecessary joint loading. This could have long-term consequences if maintained"

"Patients with low back pain experienced 26% greater spine compression and 75% greater lateral shear (normalized to moment) than the asymptomatic group during the controlled exertions. The increased spine loading resulted from muscle coactivation"

What can we take from this?

Often the goal of an exercise is stiffness, precision, control, attempting to perfectly target a particular muscle but in many cases someone may need relaxation & freedom to allow the natural variation and flow that characterises healthy human movement.

Simply put, people in pain have altered movement. This will have implications for movement assessment and also how we get people to move when thinking therapeutically to restore relaxed and truley free movement.

This was a piece of research that went well under the radar “Patient led goal setting in chronic low back pain-What goals are important to the patient and are they aligned to what we measure?” perhaps because it challenges current practice?

The results of the study found that NONE of the patient goals were aligned with common measures used by physiotherapists. The traditional measures were pain, strength and ROM.

A criticism of the paper would be none of the patient goals were described but perhaps these were goals related to specific activities such as picking up their kids or tying shoe laces without back pain that would be important to people and the quality and hapiness of their lives.

The more we understand about the psycological aspects of therapy the more important pieces of research like this become. If your measure of success is different to that of your patient then what you regard as a good outcome may not be seen in the same way by the person who really matters.

Even if we are thinking more about physical factors such as biomechanics, neurodynamics or muscle function all these things will have an element of specificity and relevance to them if thinking about a specific patient goal.

In fact working on individual biomotor components such as strength and flexibility seem to be unrelated to and have little effect on specific movements.

Ranges of motion that are aquired through flexibility training do not automatically improve movement in general. In Improvements in hip flexibility do not transfer to mobility in functional movement patterns the authors conclude:

It could be argued that a focus on just moving with larger ranges would kill two birds with one stone if the movements themselves were relevant to those looking to be improved.

Is a positive clinical outcome after exercise therapy for chronic non-specific low back pain contingent upon a corresponding improvement in the targeted aspect(s) of performance? A systematic review found that there was little supporting evidence that changes in the performance measures of mobility, strength or endurance were directly attributable to positive treatment effects for exercise in lower back pain!

Perhaps an approach that uses relevant movements and provides a stimulus through inputs such as external cueing that help the motor system to develop more movement options involving adaptability, tolerance and variability seems a pragmatic one!

How many peoples pain is exacerbated by a fear of reinjury that can also hinder the recovery process? It maybe that the physical area of the body has fully healed but the motor and sensory responses are still stuck in a more protective mode because of the psycological aspects that can become associated with the pain experience.

A fear of reinjury can negatively affect peoples recovery and we see a high level of kinesiophobia after ACL injurys as an example Kinesiophobia after anterior cruciate ligament rupture and reconstruction: noncopers versus potential copers

People often identify with having a 'bad' knee or 'dodgy' back and may actively seek to avoid activities that put undue perceived stress and strain on that area. Vlaeyen wrote this great paper back in 1995 on the topic of fear avoidance. The role of fear of movement/(re)injury in pain disability By avoiding certain activities, peoples beliefs about their body parts are reinforced and therefore they further avoid these activities.

On a physiological level this may mean that these areas develop low tissue capacity and deconditioning due to lower work needs. Low capacity may lead to an area becoming easier to overload and perhaps more susceptible to future pain.

Protective motor responses driven by fear behaviours, similar to previously discussed in relaxation section, can interupt natural phsyiological processes within the local area such as bringing blood to the tissue and taking away waste products. This could lead to acidosis and increased mechanical nociceptor sensitivity further driving perceptions of sensitivity and avoidance behaviours and beliefs.

Hypervigilance, an enhanced state of sensory sensitivity, may be applied to a specific area that has been identified as being 'at risk' and can be accompanied by anxiety of future reinjury and the subsequent implications for work or family life.

A key concept within a therapeutic movement approach is to use a graded exposure and progressive load based approach to both physical and psycological desensitisation. The aim being a thoughtless and fearless return to functional activities. Reaffirming positive movement outcomes is a key to reducing negative beliefs that can be held about movement.

Variabiltiy is inherent in a biological system. I wrote about this in detail here Movement variability & its relation to pain and rehab

This natural variability of movement is both affected by and could also be a cause of pain. This recent paper Interaction between pain, movement, and physical activity: short-term benefits, long-term consequences, and targets for treatment highlights some of the new theories emerging about the relationship between pain and movement. Approaches to exercise, in both the therapy and performance worlds, are often about decreasing variation to increase impact on a target tissue or movement. This may be good for hypertrophy and work capacity but is lacking in addressing a key aspect of a well documented motor system adaptation to pain that should form a target for exercise for rehabilitation.

"The data lend insight into increased injury risk and performance deficits associated with even one bout of low back pain, and suggest that clinicians need to look beyond the resolution of pain when prescribing rehabilitation for low back pain"

One of my favourite motor theories is that of 'The equilibrium-point' described by Feldman.

Latash elquently describes this in Motor Control Theories and Their Applications.

"This allows control levels of the CNS to specify where, in spatial coordinates, muscles are activated without being concerned about exact details on when and how they are activated"

So the CNS may set movement parameters whilst leaving the temporal coordination at a peripheral level to be self organised/optimised and thus variable. This has been hypothesised to be via the gamma motor neuron and feedforward/back mechanism invloving the muscle spindles.

If the parameters are set to tightly by the CNS then this may reduce the amount of variability available to the system and the ability to be able to adapt to changing stimulus.

One of my hunches (perhaps not a good thing for science!) is that the parameters may be set via interaction with the cortical map for a specific body part and also previous movement/pain experiences but this is certainly not proven!

How do we use this infromation in the trenches? Well a range of different movement patterns and variables should be utilised during a therapeutic exercise program to provide different stimulus for the person to deal with and adapt to. Much the same as they would have to away from a clinic or gym environment.

Find out more about a 'Funtional Therapeutic Movement' approach

The irrationality of pain.

Are you helping or just distracting the CNS?
Scroll to top
We use cookies to ensure that we give you the best experience on our website. If you continue to use this site we will assume that you are happy with it.Ok