Blog
You are here: Home1 / Blog2 / Uncategorized3 / Can functional movement be too much?

I thought I would have a bit of a Jerry Maguire moment with my latest blog post!

Over the last few months I have certainly gone through a period of change with regards to how I understand the human body. Anybody who regularly reads my blog may have sensed that! I have begun to appreciate the brain as the command centre for all that we do, moving away from a more functional/biomechanical approach I had previously. This has been facilitated by some pioneering characters around me who I am thankful to for opening my eyes, even if it can feel sometimes that they don't want others to come along for the ride! I have certainly suffered my own bouts of cognitive dissonance along the way.

My overiding end game will always be to get people back to moving optimally (for them) in their function. Many of my movement assessments have remained consistent, such as gait, as I am still interested in how they perform movements that relate to the movements they want to perform in related positions relative to the things that act on them e.g. gravity, ground reaction, mass and momentum! It is not so much the biomechanics I am assessing more the brains ability to control the meaty bits (muscle) rather than the mechanical motion of the bones, joints and muscles.

I now realise however that many things can also impact on movement such as the visual and vestibular system (if these bits don't go, the body won't either!) emotion and memory of previous injury. Pain also has changed for me, it is no longer simply a result of poor biomechanical motion but instead interlinked with many factors in the brain that can often have nothing to do with our structure or feedback systems at all. But this is not the time or place to go into that now.

One conclusion is that for some people complex functional movement can be far to much for their bodies to handle. At best we maybe ineffective but could we be making things worse?

We know that if we give someone a movement task to achieve they will find a way to achieve it with the movement ability that they have. Often times by using the movement pathways that are available to them and that they use regularly. By feeding them these "functional" patterns we may not have changed anything, merely reenforced the movement they had previously. The more complex a movement involving many joints the more ability of the body to use different bits it can use rather than the target joints we would like it to use more of. If we do succeed in making it look better through hands on techniques or coaching the movement does it stay this way when we are left to our own devices without outside help? Does the person have the hardware (brain and neuron connections) to run the software (movement pattern) successfully? An analogy I like to use is that of trying to run a PS3 disc on a tape computer from the 80's!

A purely feedback based approach dictates that the hardware (brain) is set. But the exciting and fast moving world of neuroscience tells us differently. 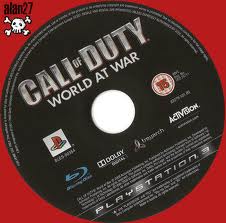 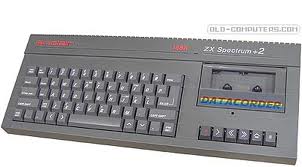 Our hardware relies on a few principles of neuroplasticity (the ability of the brain to change). This is that "neurons that fire together, wire together" and the principle of "use it or lose it" Simply put this means that neurons associated with movements we use often will strengthen their connections with the other associated neurons and neurons associated with movements we don't lose their connection strength. This is a process known as neural pruning. These neurons will be associated with firing up the muscles at the right time to create the reactions we want. These neural associations also create the neural representations of body parts we have in our cerebral cortex that have been referred to as maps. Our movement is governed by our maps. If our map is poor then our movement will also be poor. Our map is regulated by the way we move and also then dictates the way we move. If it is poor, blurry or smudged (Blakeslee 2010, Butler 2006), the terms some have used to described eroded maps, then we create a cycle of faulty movement that is hard to break. The maps have also been associated with chronic pain through the incongruence between predicted and actual propriceptive feedback and an altered body schema (Harris 1999, Mcabe et al 2005). Mismatching feedback from our senses when integrated, such as in the cerebellum, has been hypothesised by many as a cause of chronic pain.

An example I have used previously is that of the flat foot, the map for the foot may not have strong connections associated with creating an arch (if you feel this is creating a problem!). Helping some one do this hands on or with complex exercise may not be enough to change the hardware and may explain why the predominant foot posture prevails. We can create movements that facilitate a supination reaction in the foot but do we do it within the parameters of the function? We know that external tibial rotation creates supination of the foot in gait. If I have to create much more external rotation than would ever happen in gait to create supination, either through hands on manipulation or exercise, will that have a crossover into my desired function e.g. gait? Will it become the predominant motor pattern within the brain when in subconscious function? Maybe not if we don't have the right sensory or motor maps to understand and create it.

We may have to use a more targeted methods in specific areas away from function to increase the sensory feedback and therefore motor control. It may not look like function but may have a functional response within the hardware (brain) that allows us to use complex software (authentic functional patterns) and get the desired outcomes. In fact an inability to perform specific targeted movements at a joint may be an indication of sensory and motor changes through neuroplasticity within the sensory motor cortex (Moseley 2009, Moseley and Luomajoki 2010) Will the body choose to use areas it cannot control effectively when faced with a complex task, such as an integrated functional movement, if it has the ability to compensate through many joints it can use to achieve the task?

We must not confuse increasing the hardware through joint motion by just applying a specific pattern to a joint. Our motor control is a general ability to perform many motions not an ability to perform a clinical and contrived motion or "corrective exercise" at a joint as directed by some practitioners as being indicative of good function or problematic if not performed correctly. Our focused joint mobility exercises should look at increasing our feedback to the somatosensory areas which will help increase our cortical mapping through neuroplastic rewiring. The key is in the reintegration to the gross functional motor pattern. Putting the joint back into a functional context with the rest of the body to allow it to play its full roll in global range of motion and force dissipation and creation. This must also be done at differing loads, speeds, movement variations and levels of stability. We know that the body may not choose to use movement it has available if unable to control it (motion and stability). Again this is a skill that can be enhanced through movement education in an authentic context, such as a functional position.

Many solely brain based approaches may assume that once we have the hardware we can run any software. But we still have to apply, learn and refine that software program to make it better and that's where functional movement comes into its own!

As always this is just my opinion on the way certain things may work within the brain and body. Certainly not evidence based in a traditional sense. We must remember however that evidenced based is based on evidence for the questions we have asked, not the ones we haven't yet and is biased by the view of those asking the questions. If that is based on a traditional anatomical understanding of the body then the answers will be related to the bias!

Doidge N, The brain that changes itself, Penguin group, January 2008

Melzack R, Pain and the neuromatrix in the brain, Journal of dental education, volume 65 No12

It's all about assessment….
Optimal range. More may not be better!
Power of the capsule!
Strength
Does charging more make you better!!??
Using your mass!!!