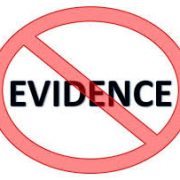 The concept that we need ‘good’ core-stability especially as a treatment for back pain has hung around like a bad cold for at least the last 15 years.

You know, one of those lingering annoying colds that you really can’t get rid of, the evidence to date simply has not supported this therapy or training myth in any groundbreaking or significant way. I have previously written about this here. "Core stability for back pain"

From elite sports clubs to local gyms we see 'core stability’ training to improve performance. Pick up a running or training magazine and there it is. The shear amount of ‘core stability’ information on the net is truly overwhelming. Most of it gives us the same well-worn theory and its application but little in the way of solid evidence.

Despite the lack of evidence, and like many training and therapy concepts that get elevated to fact some how, the idea still forms a foundational concept for a whole bunch of people, gurus and ‘institutes’. 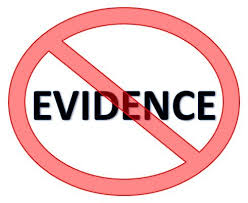 In this blog we will take a performance viewpoint and see if core stability training is really worth the time and effort that many people spend on working their core and if it provides any real benefit. As always we will review the evidence available rather than the many opinions out there.

Now I don’t want to confuse this with working the core from an aesthetic standpoint. If you want great looking abs and are not so bothered about how they function or improve your performance then this piece may not be very meaningful for you.

One thing we have to remember with this subject is that it is actually hard to determine if someone has got good core ‘stability’ in the first place. This means it is hard to find a correlation with something that can’t be measured very well.

This paper *Click Here* found that 6 clinical tests of core stability were not reliable either between assessors (inter) and even when the same assessors assessed a second time (intra). I don’t think in an athletic environment this has been proven to be more reliable.

Here are few limitations to studying this subject.

Bearing this in mind, first we have “The effects of isolated and integrated 'core stability' training on athletic performance measures” *Click Here*

This systematic review looked at the association of core stability and performance measures and athletic performance. They were able to include 24 out of 179 identified articles.

These researchers found that papers that studied specifically targeting the core as a primary goal for an improved outcome did not have consistent results. They concluded core stability training only provides marginal benefits. We have to consider how long we spend on something that only gives us marginal benefits.

Next up. Sharrock et al “A pilot study of core stability and athletic performance: Is there a relationship?” *Click Here*

This paper was a little confusing as they came to the conclusion that there appears to be a link here although I am not so sure. Especially after they started with this statement and then did not provided strong evidence to the contrary.

“In theory, it is accepted that core stability and athletic performance are interrelated; however, the current literature does not support this relationship”

The statement above sums up the whole core stability thing up pretty well, all mouth and no trousers, lots of claims and complex theories but very little in the way of proof.

They used a double leg-lowering test as a measure of core stability and then correlated it with some tests of performance. These were the 40-yard dash, medicine ball throw, T test and vertical jump. 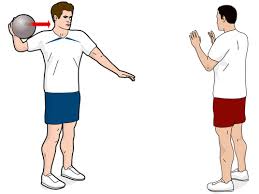 As discussed earlier a major limitation here is the fact there is no real reliable measure of what is good core stability in the first place.

The authors flag this up:

“Measuring core stability is a difficult task with no test or measure serving as a gold standard. Double-leg lowering is supported in the literature as a valid and reliable measure of core strength”

I personally struggle to see a relationship between core stability and core strength, the first one being based on the timing of muscular activation and the other on the ability to produce force.

“Despite the emphasis fitness professionals have placed on functional movement and core training for increased performance, our results suggest otherwise”

I concur! So another bust.

They also then conclude (a little bizarrely) that the FMS and core training should be used for injury prevention although I could find no real evidence of this statement in the article or its references or anywhere else for that matter!

In fact in this piece from Cissik he is pretty unequivocal in his view on the claims in the scientific community and popular culture regarding core training for performance, injury prevention and back pain.*Click Here*

“Despite these claims, the literature is hardly conclusive about the benefits of core training”

Going back to Willardson in “Core Stability training: Applications to sports conditioning programs” although he uses the earlier quote:

regarding lacking evidence for claims he still seems to support the use of core stability training.

He dutifully lays out the theory and provides evidence of which exercises affect the core more with increased EMG readings or improve measures of core stability. What he fails to do is provide any meaningful evidence that the examples of Ice Hockey skating speed, running or swimming are actually improved by core stability training to justify using core stability training in sports conditioning programs. Although he does, in the spirit of fairness, discuss the need for specificity.

This paper *Click Here* looked at core stability performance and shoulder pressing. Again no significant between group differences were found. They also come to the conclusion that core stability “exhibits relatively high levels of task specificity” and that “static single-joint exercises may not be highly related to that in more dynamic multijoint activities” But you knew that already right?

Nesser et al *Click Here* looked at “The relationship between core stability and performance in division I football players” in 3 strength variable and 4 performance variables. Again here we only see some moderate correlations leading the authors to conclude that they are not enough to warrant a focus on core stability during training.

Here we actually see a statistically significant correlation although the idea that a medicine ball throw is simply a measure of core strength does not sit that well with me. Whilst the core would be a major contributor to the summation of force can we conclude that more power in the movement would solely be down to a stronger core? The measure of power was also the distance that the medicine ball was thrown which may also be influenced by other factors and of the 6 throwing tests none involved rotation.

I do agree with their last statement however:

“Currently, plank exercises are considered an adequate method of training the core for athletes to improve core strength and stability. This is a problem because it puts the athletes in a nonfunctional static position that is very rarely replicated in the demands of sport-related activities. The core is the center of most kinetic chains in the body and should be trained accordingly”

Core stability is often advised as part of the training program for runners but again with no real evidence. This paper *Click Here* found that Swiss ball training had a significant impact on their measures of core stability but without affecting any of the measures of running performance. The curse of specificity strikes again!

So the idea that core stability has an underpinning affect on performance as suggested by lots of theories, systems and guru’s is not really reflected in the research. At best we see some weak correlations. Based on this evidence can we whole-heartedly support the current trend and implimentation of core training under the justification of athletic enhancement?

This conclusion is hopefully based on the available body of evidence rather than just cherry picking supporting content.

We have to remember that you will always be working your core. As it is attached in various places to your pelvis, ribcage and spine when they move so will your core muscles. Reaching overhead or bending down to do up your shoelaces are both core exercises. Running would be a great core workout as your pelvis and spine rotate in opposite directions.

Perhaps the power of your core may be in how variable it can be. We often discuss getting the core to fire but sometimes it could be firing too much and reducing the available movement. This inability to vary flexibility levels according to the task is something that we see in people with lower back pain. Is it a chicken or an egg? Is it a result or a cause? I am not sure we know or it could possibly be both. Pain is not the focus here but with the amount of back pain that is suffered it must factor in to our approach to training this area.

Here we see that people with acute back pain actually increase their spinal stability *Click Here* through muscular activity. In fact no two people even had the same activation pattern. This is supported by this piece of research here *Click Here* during controlled exertion (free dynamic lifting) patients with lower back pain actually had 26% greater compression and 75% greater shear than the asymptomatic (no pain) group. The analysis of trunk muscle activity showed increased muscular co-activation at the trunk.

Secondly lots of people have lives that don’t expose them to very much variation in movement. Driving, sitting at a desk even texting involve staying in the same position for an extended period of time, a bit like the plank!

If you don’t practice the variability of movement around the trunk then you may not be any good at it. Rather than specific highly contrived exercises designed around creating isolated stability the core must decelerate and summate force as a contributor to the kinetic chain.

A reach overhead for example may require the trunk to decrease stiffness, or increase the flexibility levels in that region to gain extension. Evolution has bestowed quite a lot of movement in the core region if we take a look at the anatomy, why then would we want to keep it still? The idea of stability to improve movement is a little alien to me especially an exercise such as the plank.

Thirdly if you want to get a specific reaction for sport then you may want to look at core training with a specific function in mind. This was part of the conclusions of the “Effect of core strength on the measure of power in the extremities” study and the study that looked at core stability performance and shoulder pressing. 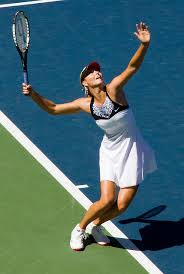 As part of the kinetic chain involved in a function related movement the interaction, sequencing and timing of the muscles involved in the specific movement would be part of a specific motor pattern. So simply if you want your core to perform a little better in a tennis match then you may want to think about what it does during a tennis match. The problem with core stability training is that it has become a sport all to itself. The next step here would be further research to see if specific core training applied to a function improves the performance of that function.

The specificity of training has been shown in a fair few studies although that is not the subject of this blog.

Are we guilty of single factor thinking? Part one

Dynamic stretching/flexibility – The simple side of the science.
Scroll to top