Blog
You are here: Home1 / Blog2 / Uncategorized3 / Does movement not matter anymore….?

It seems recently we have a bit of a backlash against movement and its relevance to helping people. Mostly this has been presented with an intelligence and eloquence that I could never hope to match. And I get it, I really do take it on board.  We have divorced the physiological and biomechanical from the neurological and the psychological and we almost need a giant swing in the other direction to give us a valuable shift in perspective. 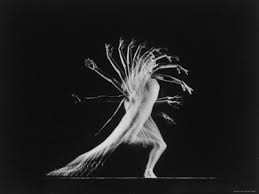 We have spent so long talking about ‘poor posture’, ‘upslips’, ‘centration‘ ‘glutes not firing’ and labeling joints with mobility or stability that highlighting the mechanisms that are really instrumental in the pain experience need their time in the sun. Maybe we will come to rest somewhere in the middle learning that to help someone we may need a pretty well stocked tool box including all the elements of the bio-psycho-social model and not just a specific part of it.

If it is not a movement problem then very likely movement won’t help, equally however if it is part of the problem then it may help. In my humble opinion (for what that’s worth) good and often simple advice on helping people expand their movement habits and repertoires both in a prophylactic and reactive sense can only be a positive thing and impacts on all the aspects of the bio-psycho-social model.

Part of the problem we may see with people who deal with movement is often it is still regarded as biomechanical in nature. Movement is a physical expression of a neurological process that involves past experiences, meaning, emotion, behaviour and context.

People still say it hurts "when I do this" or "after I do this" and although we have spent to long looking solely at the structure I find it tough, rightly or wrongly, to separate the two events or to at least not give them some appreciation.The ‘functional’ model may start to look at the context on a biomechanical level but still divorced from the higher centers that have control over or interprets the context.

Essentially however pain can still involve a physical moving component even though it maybe a a a perception of what is or could be happening. This is still a most useful thing to have an understanding of. Especially changes (both congruous and incongruous) in response to certain positions, increasing demand (such as speed of a movement) or possibly perception of threat or harm.

Moving still forms a part of the context. If the context evolves to include pain then do we separate the pain from the context even if pain is the primary complaint? Well maybe sometimes. Pain can be often unavoidable in its very acute stages with any movement and can reinforces the pain and the context in a more chronic issue but restoring pain free context should also be an aim too.

When we include the meaning and emotion into the context it is often also driven by a desire to perform a specific physical action that relates to the individuals lives such as playing tennis, gardening or putting on their shoes without it hurting. Sometimes regardless of the pain modification treatments, that generally do not involve context and often multiple modalities, people receive they still cannot perform the actions they really want to without pain. Hows does this affect emotion?

It maybe that the movement itself here is a problem and we may have to look at the specific action and context as well.

Stress could also be a huge driver of pain. The stress that someone is under creating changes in sensitivity in response to specific movements or areas of the body that have previously been a problem. If stress is the major component then we must address it. Is a key to be able to start to differentiate what is towards the top of the hierarchy of importance to the individual? In this way treatment can be directed, hopefully, in the most efficient way.

We know pain changes movement, at a variety of levels both sub and supra spinal, and the available variety and capacity (essentially physical movement behaviours) may, I said may, reflect the perception of the systems confidence to perform a specific action or number of actions at a joint.  Pain could be a regulating mechanism, as is motor output, against movements the body anticipates as being painful through altered perception or previous pain experiences. Over time this could become part of the response to even the planning of a certain movement and the emotions attached to performing it.

Equally we have to realise that it may not involve the structure or even movement at all!

Questions we may have to ask when thinking about movement:

Has the movement itself become a problem (rather than the structure) has pain has become deeply embedded in the context at an anticipatory stage?

Can we find movement alternatives with subtle alterations (close to context) that do not cause pain and may over time not reinforce the pain experience in the same way?

Does the person have the movement variety and capacity to self organise themselves away from the pain experience at what ever level it may inhabit (peripheral or central)?

Movement is another way to explore the output from the brain and also a way to provide input.  It could be that a movement input has no effect on the biomechanics but does on the pain that is experienced. Movement has an affect on skin, nerves, bones, muscle, fascia, ligaments and the brain and hopefully can be performed therapeutically with minimal external input and with the correctly graded amount.

I suppose really what I am saying, and this could have probably have been done in a tweet, is lets try to embrace the many different facets that affect the pain experience and we can use to help and that still includes movement in my book although not exclusively.

What are you really assessing with a biomechanical assessment?
Scroll to top