In the third part the aim is to take the information discussed in the first two parts of the blog and create some rehab & injury prevention ideas that relate to the functional demands that an ACLR would actually have to go through during function related movements and building up to the intensity levels required for a return to play.

Part one and two of this blog can be accessed below.

Sport is a place where to have successful athletes there needs to be an element of robustness, especially after an ACL reconstruction. By exposing both the CNS and local tissues to controlled function related positions with a graded exposure we hope to achieve that. Many clinically based programmes focused on isometric strength and simple balance exercises do not go far enough to reintroduce movement skill, control and address the functional demands of sport in my opinion.

These movement ideas are not meant to replace any objective deficits that have been studied and may need to be addressed but instead to add an element of functionality to the process of successful ACL rehab which we hope to study more about in the near future.

You can find a rehab protocol *HERE* with clearly defined performance criteria. A blend of different exercises/tests ranging from the more clinical to more functional may give us success  on a traditional level and also in 'movements that matter' to the demands of sport.

The movements below follow a similar flow to these key stages. These movements and their order has not been designed as a definitive list or protocol but a set of ideas to increase the repertoire of available movements for ACLR rehabilitation.

Assessment of the ankle & hip of the injured is also worthwhile. Decreasing motion in these areas as a protective motor strategy would also influence ROM at the knee and may persist after reconstruction. See an interesting paper *HERE*

These movements are designed for early stage rehab when we may have fear avoidance and a reduced capacity for tissue loading.

A useful objective (of the subject!) marker is the performance of the movements on the uninjured side. 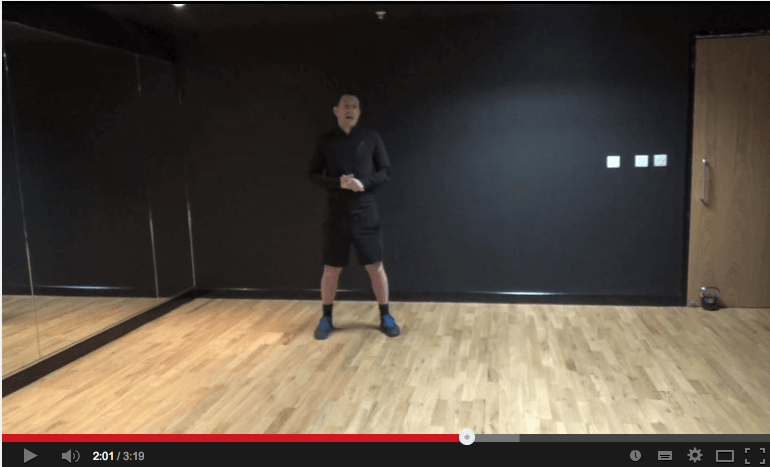 Here we are looking to increase intensity and challenge through stability and motion tasks in multiple planes. We would want to see the movements in the previous section performed with comfort, confidence and control and within a  5-10% difference to opposite uninjured side in terms of both quantity and quality of movement. As limb asymmetry is normal this constitutes an acceptable variation in my opinion in line with other literature with regards to return to play criteria.

Both qualitative and quantitative, such as distance & angle of joint ROM, would be valid measurement tools using uninjured leg as a control or objective data gained from previous screening.

We can manipulate the rehab variables, according to the skill level of the client, to provide a progression pathway.

Variables that can be manipulated:

A focus on the movement quality rather than repetitions is more beneficial, certainly at the beginning of the program. After satisfactory control across 3 planes has been achieved then an increase in endurance of the skill would be a valid progression by adding a time component or repetitions.

Hewitt (2005) found females who went on to have ACL injuries in their prospective study displayed a greater peak knee abduction angle of 8.4° and decreased knee flexion angle by 10.5°. A decreased ability to attenuate GRF through sagittal plane movement may increase motion in the frontal plane to decelerate GRF. A focus on the neuromuscular skill of increasing knee flexion and decreasing abduction at the knee during the movements below may help reduce ACL injuries or reduce their re-occurrence.

It is not just the peak angle of abduction we may want to think about but also the rate at which it gets there. Increased torque at greater ranges will put more stress on the passive structures. Anatomical range without adequate control of the range and rate of deceleration would predispose the knee to increased moments.

The knee abduction moment in the Hewitt study was 6.4 times greater in the injured vs uninjured participants.

A focus on these skills during single leg movements may also be worthwhile as the vast majority of non contact ACL injuries happen on a single leg as we discussed in part one of this blog.

This section is designed to recreate the in game demands we may see associated with ACL injuries. The idea is to be as dynamic, integrated and multi planar as we would see during sport. We have also tried to include movements that relate to the mechanics of ACL injury so we can build multi segment/muscular co-ordination strength, flexibility and Rate Of Force Development alongside increased cortical mapping and motor skills in 'movements that matter'. 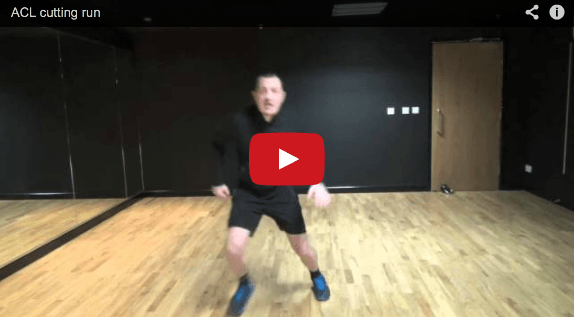 What are you really assessing with a biomechanical assessment?