Blog
You are here: Home1 / Blog2 / Uncategorized3 / How OFTEN should my patient do their exercises? 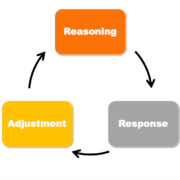 One of the most common questions I get asked, after “which exercise is best to fix back pain?” is....

“How often should my patient do their exercises?”

One of the things we have to remember is that “how often” or FREQUENCY is tied into the INTENSITY and EFFORT and therefore need for REST & RECOVERY, and the one thing underdiscussed and often unreported in studies is intensity!! We could do 3x10 or 5x5 or whatever, but without the accompanying intensity the sets and reps don’t really mean that much.

Intensity and effort often get used interchangeably, if there is a technical difference to discern then intensity is more about the objective measures we make e.g. heart rate whilst running, and effort is more how hard we perceive this to be, so rate of perceived exertion (RPE) would be a subjective measure with the Borg scale designed to relate to current working heart rate. So whilst technically not exactly the same, intensity & effort do have a strong relationship in my opinion and RPE can be used clinically as a simple, rudimentary measure of intensity.

This does not mean that all exercises have to be intense, it might need to fit the current sensitivity of the patient and this lower intensity can often be done more regularly, and for many just moving in a non threatening way might suffice. But there may also need to be progression and this can be where lots of therapeutic exercise programs can fall down as they are looking for a single exercise/dosage.

Based on the current data with exercise my personal belief is that the dosing such as intensity and frequency are probably more important than the TYPE for some people!

What is the aim of the exercise?

Your clinical reasoning should really determine which exercise, how much, and how OFTEN!

Now there is a fair bit of discussion of whether ‘general exercise’ is better than ‘specific’ exercise whatever those two things are exactly, but my personal belief is we should always have some reasoning around WHY we are doing something. Unfortunately, although it’s a simple answer I just don’t really see “just do some exercise” as being THE answer to back pain for example.

So what is the aim? Well we often have two main types, a more physical adaptation aim or a pain/function focused aim.

Lets start with the physical adaptation side of reasoning.

So strength and strengthening often get used interchangeably but might be different. Actually increasing force production or strength can require some intense exercise and higher effort levels. Sets and reps are often programmed but not the intensity as previously discussed. You could do strength programming variables but without sufficient intensity, and therefore you may not need the same rest as with more intense training but also might not get the same benefit. The load here should really dictate the reps as stopping at 5 reps with another 5 in the bank because the load is too light isn’t really going to cut it.

Our views of programming are changing with regards to strength and hypertrophy but intensity matters here and therefore frequency does too.

This is a common aim, the concept of ‘strengthening’ an area to take a bit more load or activity.  A common mistake is to assume painful movement or being intolerant to an activity or load is CAUSED by excess load. Load is a very catch all term and ANY painful movement or joint could be described as being load ‘intolerant’ if it causes pain, this would be a basic correlation NOT causation mistake.

Generally heavier loads are advocated and therefore higher intensities and lower frequencies although we really don’t know that much here, load tolerance I doubt is a solely tissue phenomenon.

In some cases a load tolerance approach might work by actually taking away load as much as a stimulus to increase tolerance, so addition by subtraction. We simply keep the body moving whilst taking away an aggravating load is a plausible rationale especially with exercises of limited intensity.

How does your exercise prescription also fit in with the other stuff the person is doing? This also should tie into your reasoning around frequency. With very active people, where volume might be an issue, sometimes LOWER intensity exercise performed more FREQUENTLY can also be of benefit.

The spanner in the works & graded approaches

It would all be so easy if therapeutic exercise was just about physical variables such as strengh, but unfortunately it’s not. We all know it’s great to get parameters to work with but anyone who has been in clinic knows that the real test is in how the person RESPONDS. 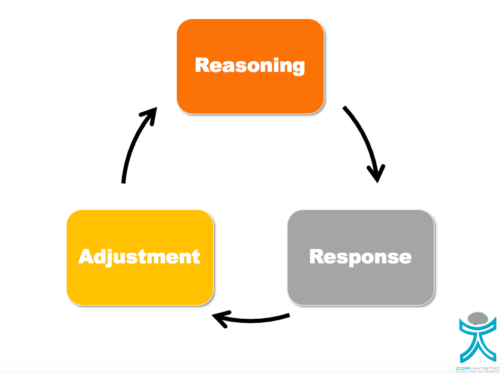 It’s the interplay between intensity, frequency and PAIN that’s that really should guide us rather than theoretical parameters for fitness. And it’s not just pain as a sensation but the persons beliefs and behaviours in response to and around pain in general that also need to be considered.

Graded activity and exercise are concepts that relate a bit more to habituating to pain and graded exposure to cognitive factors such as fear or catastrophising. Here we don’t have ANY real parameters apart from those that are based around physical ability and pain tolerance. So frequency is really a thing that is tough to set BEFORE you work with someone. This is part of the inherent uncertainty in therapy that we have to get used too but ca be guided by a thorough history of pain and exercise participation.

These are approaches that originally looked at improving chronic fatigue but are equally applicable to pain too. Again the intensity is important, if we are pushing the level of grading towards the more intense then longer rests and decreased frequency might be important. If more about building a movement HABIT then less intense and more frequent.

Graded exposure is slightly different in that it is more about cognitive factor such as fear and anxiety around moving than pain or actually than a physical change. But frequency is NO LESS important. True exposure sessions are mentally fatiguing and because of this physically and emotionally tiring. If we want to reinforce this with additional work at home we would have to consider this in terms of frequency and individual levels of fatigue.

Here is how my reasoning might work with the two different aims. I like to use effort level as a guide to intensity as it is a simple subjective measure that is easy to use clinically across a variety of exercises/activities and I find rate of perceived exertion (RPE) is good for this. Now intensity and effort are NOT the same thing but generally the more intense an exercise the more effort is required especially the more of it you do.

Although the data around adaptation and reps/sets/intensity is definitely changing compared with what I was taught back in the 90’s, I still think that intensity is key for physical adaptation. With more intensity we need more rest so frequency might only be 2/3 times per week. Bodybuilders were smart at training regions of the body on different days to maximise recovery whilst also getting in their overall training needs.

So we probably need at least a 7/10 RPE.  If you are looking for strength (force production) then I would say we should probably bias heavier mass to create that intensity too.

Tolerance might be different in that intensity could be created by a lighter load but you have to get in more reps to make the intensity. If we think about all the different activities and types of loads coupled with access to loading equipment then adjusting load and reps for intensity helps us a bunch. Remember that all this also ties in with their current level of sensitivity too and we often have to adjust this based on responses.

My reasoning here would be how can we build a HABIT of moving. HABITS are built more by frequency than intensity.

So let’s identify something that is going to be valued or ties into the values. We don’t always have to enjoy things but we do have to see a worth in doing them to continue to do them. Based on how someone’s pain behaves in terms of types of activities that trigger, severity of pain and how much it takes to do so (irritability) we can start to build a picture and reason a  dose of that activity.

So although we still have to be guided by the persons RESPONSE, I would aim for intensity lower (3-5 RPE) and a frequency of daily or every other day, remember it does not have to be the SAME activity/exercise that is performed each time.

It is important to remember where you start with frequency and intensity should not be where you finish with it, but sometimes we need to start lower to get higher!

Sorry, there is NO SUCH thing as low self-efficacy
Scroll to top