Blog
You are here: Home1 / Blog2 / Uncategorized3 / 'Movement variability' – Is it really worth the hype or... 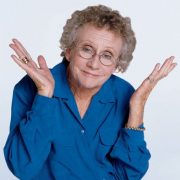 Anyone who has read my blog will know that the concept of movement variability fits my biases very nicely. But as time goes by and I delve deeper and deeper into the subject I find myself being forced to challenge those biases as the information does not always fall as nicely into place as I once hoped it would!

‘Movement variability’ seems to have become a bit of a buzzword like ‘functional’ and ‘neuroplasticity’ before it. 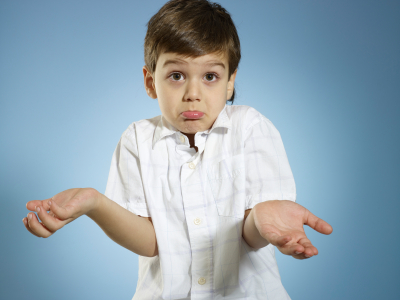 What NOT to do!

Where the concept of movement variability has been most enlightening is to help us learn what NOT to do, not always a reason TO DO something. We see the same with pain science that helps us understand what NOT to say not always what to say. Research into core stability has helped us to understand the probabilities are stacked against it being the answer to back pain but in many cases not what the actual answer is.

Understanding that movement is variable helps us to recognize that models that define ‘good’ and ‘bad’ movement are perhaps less valid than we previously thought. We have proposed models of ‘optimal’ movement that blame any deviation for micro trauma when in fact biological adaptation to tolerable dosages is much more likely to occur.

This means that deviations from an ‘optimal’ (within safe anatomical range) ARE NOT problems just variations or resource for problem solving. We always have to consider the potential harm of labeling movements as ‘dangerous’ or having the potential to damage and how that affects someone’s desire to move for fear of injury or re injury and even if this information has ‘truth’ to it!

There are a couple of ways we can look at movement variability and increase our understanding.

The traditional view of variability would be to analyse the ‘end point’ or the execution of a skill, an example would be a throwing action or a stride when running. We would want to keep the amount of variability fairly stable here as to much variability would make it hard to execute a skill repetitively, so just doing random stuff and justifying it by calling it variable does not really fit the bill here but enough variability around a general movement template is good! In more reactive functions we may see the need for greater inter and intra movement variability.

Another way to look at variability is ‘coordinative variability’. This is looking at the inter limb relationship during the action or how the 'end point' is physically organized between the functional muscle & joint linkages that comprise the human movement system. The knee and hip coupling in running would be an example of this, the stride may look no different externally but the internal couplings maybe organized subtly differently temporaly each time. Much of the research into variability has looked at coordinative variability.

So is movement variability an important concept to apply practically?

As always the answer comes down to “it depends”.

Movement is variable and being able to move in variable ways and having the ability to so is no bad thing, especially the more you require this bio motor ability for sport or health. If you already have a lot then it is probably not such a big deal. If you don’t have a lot then it likely becomes more of a big deal. We must be careful to not confuse variations around relevant movements with just moving in as many random ways as possible.

Perhaps where I have changed my view point most is the idea that pain ALWAYS = reduced variability. It is likely to be a little bit more complex than that. Sometimes we see the two factors correlate and other times not so much. Pain and motor patterns are both outputs of a complex system that may work independently or interdependently.

Here is a cool quote from "Neural representations and the cortical body matrix: implications for sports medicine and future directions"

“Pain and motor control are outputs of primary neurotags, intimately linked but not hierarchically differentiated”

We also have to separate acute from chronic pain states here as during a painful episode it has been postulated that the motor system is searching for non painful ways to move and therefore may become more variable find pain free solutions. A chronic problem maybe characterised by maladaptive protective stiffness with the net result being reduced variability. We need to carefully interpret who is being studied and the nature of their pain when using the information from these studies.

“In summary, the findings show that when pain induces a loss of normal variability in the postural strategy, then normal strategy does not return, which is important because non resolution of the strategy probably increases the likelihood of further back trouble” Mosely and hodges

We have to be aware that motor system adaptations, we are learning, are highly individual and certainly not stereotypical as we may have been led to believe by many ‘models’ of movement and movement ‘dysfunction’. It has been postulated by some that having higher variability in movement maybe protective against the development of chronic pain complaints.

How do we use this information clinically or for training?

That is a great question and one with no clear answer. The vast majority have no access to expensive lab equipment such as 3D video analysis that would allow them to objectively collect the kind of data to answer this question. My opinion is that we can apply movement challenges or tasks that require variability in position, range, speed, balance etc that may highlight the adaptability of someone to variable stimuli.

We could define a problem of posture in a similar way. Applying movement challenges to ascertain if someone can move away from their postural start position may help decide if the posture is actually an issue or not.

We could do this to specific areas of the body or within relevant tasks that are problematic or you feel are relevant generally or relevant functionally. As we have so many relevant tasks and ways to achieve them it is hard to have objective data to work with for such a vast array of movements and their variations.

The question is do we need objective data here?

It is always preferable but probably unrealistic for most clinicians or trainers & coaches.

Perhaps we need a process that fosters inherent variability within the system and focuses more on the task and its constraints rather than solutions to a task such as an inflexible template to adhere to as we see with most exercises. Instead helping people to explore multiple solutions via experimentation with movement patterns and also developing coordinative segmental relationships.

Non linear pedagogy fits the bill nicely here. It moves away from providing a criteria or template led approach that allows the emergence of self organization and inherent variability to occur via the constraints imposed on the task.

Task constraints could be:

Environment – The space around us.

An example for a LBP sufferer.

Relevant Task – Bending over to pick something up.

Environment – Placing objects in differing positions to pick up requiring larger or smaller movements or movements in different planes or combination of planes.

Instructions – Sit bum back, bend or straighten the knees or reach left or right to vary the way in which the task is performed.

Equipment – A Power bag would provide the need for an alternative strategy than a barbell as an example. A more functionally relevant everyday item that is problematic could also be used.

Just as variability is probably not THE answer, neither I suspect is the current trend of ‘just load it’. Putting aside the complex multi dimensional nature of many problems, when it comes to a physical stimulus why do we have to choose only one of these concepts?

Give exercises with different aims instead of a number of exercises that provide a similar stimulus such as the classic printed therapist sheet!

The definitive guide to posture & pain in 3 minutes flat!