Blog
You are here: Home1 / Blog2 / Uncategorized3 / Muscle isolation? Is that how you learned to move?

This is just a quick blog that was inspired by taking my son to the park yesterday. It is more anecdotal than scientific but something that I wanted to get across.

My son is developing so fast at the moment and it is amazing to watch. He is now 16 months and the two biggest areas I see his development in are movement and speech. It got me thinking about how we correct peoples movement problems and teach them to move better.

So many times we hear about a movement dysfunction being blamed on a muscle 'not firing' at the right intensity or at the wrong time or instead of another that should be firing. We lie people down and prod and poke them, cajole their poor muscles into firing. Ask them to make strange and alien movements they have never made before in the name of 'firing a muscle' This term, or the term "muscle firing pattern' are some of the most searched terms on google with regards to my blog when I look at the stats. This makes me ask, is this how we learned to move in the first place? 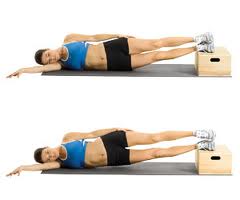 Well, not really. These 'muscle firing' exercises are very specific. One thing I have noticed about my sons development, both in terms of speech and movement, is that it is pretty non specific. He is learning to make general sounds and movements that he can start to build more complex words out of or more complex movements from. He is building a broad vocabulary of generalized movement that he will store away for his lifetime to refine and refer back to, to hone and increase. We cannot isolate a muscle, we know that. But we can isolate a movement, a hip abduction for example, which is still a co-ordinated activation of muscles around a joint. This is something I have never seen my son do however. He never lies on his side and abducts his leg, he never makes glute bridges to fire up his butt muscles. He never gets in a half squat position and moves sideways. He may be an exception but I am not sure I have seen other babies do it either (although my experience is limited in this respect)

My son is building a broad vocabulary by interacting with the world, performing relevant functional tasks (many pointless right now I may add!) that will serve him well in the future. He learns to roll over, then crawl, then walk and finally run. He squats down in a million different ways, he learns push himself up and climb, again non contrived and with countless variables. He picks things up and I can see his fine motor control developing as he fumbles with tasks we would find simple to perform. Slowly these things improve and get more complex, quicker and less thoughtful. How much of this relates back to how we now try to correct movement through perfect, contrived, non functional and isolated muscle activation. Well not so much! He is learning by playing and exploring the variables. Our brains love novel movements, especially when the vocabulary of movement becomes reduced by our limited variability and repetitive daily lives. All of this is creating neuroplastic changes in his brain that he will continue to developed on a neuronal level for the rest of his life. Neurons that fire together, wire together. The less neurons you have working together in a movement pattern then the less will fire together and wire together. By attempting to isolate muscles, more likely movements though, we are creating disjointed motor patterns, not fluid and variable motor learning environments. 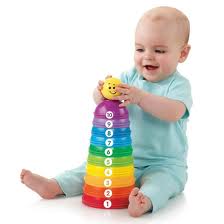 Do we sometimes have problems though not because of the lack of specific motion but instead because we have lost the broad base or vocabulary of movement that we learned early in our lives. Our movement capabilities become eroded by what we do everyday. Sitting down, contrived and rigid exercise, specific muscle activation exercises. We don't explore our movement potential through play and variety the way we used to earlier in our existence. Neuroplastic change is not always positive. Another neuro saying is 'use it  or lose it', this describes neuronal connections that unused will wither and die. These can be those involved with our ability to move like we did when we were children or adolescents when we explored the boundaries of our movement much more.

In fact we learn by failure. Failure is a biological necessity we all go through in the learning process. Not perfect movements straight away, first time. Learning new movements can be something we stop doing as we get older and set into our movement routines. We feel if we do not have perfect form then it is not worth doing an exercise or movement. Think about learning any sport, mostly in the beginning we are pretty bad and persevere. We do not 'activate' the perfect motor pattern or muscle and away we go. We start off being bad and getting better as we learn the associated movements.

Have we become to clever for our own good? Our knowledge of the anatomy of the body has become vast. We have dissected bodies and created big books with wonderful illustrations that tell us the precise location and action of all the muscles. Which in itself is a great human achievement. We have clinical practice and evidence based research to guide what we do. Has this all missed the point slightly though. If we are not going to look back at how we learn to guide our motor learning in the future then evolution has failed. Nature has computed the variables already. She has had billions of years of practice developing the best ways to create functional human beings. We seem to have kind of become counter intuitive delving deeper and deeper into the complexity of the body rather than embracing its spirit and multi-faceted movement ability in the three dimensional environment we live in. Looking back at when we seem to have the least of our problems and when most of us moved best without the aches and pains. This is not saying we should squat like babies etc etc. Simply looking back to our motor learning period that forms the basis of our movement and how we do it!

Not a hugely scientific blog I am afraid. Just some thoughts.

Muscle firing. What does it mean?
Stability and mobility. Best friends….
Does charging more make you better!!??
Foundations.
What does the word functional mean and does it matter??
Strength