Blog
You are here: Home1 / Blog2 / Uncategorized3 / What are we training for??

I have been reading The Talent Code this week by Daniel Coyle and have enjoyed it immensely. One passage in the book stood out to me. It describes the difference between how we teach football and how we teach musical instruments, specifically the violin.

"The ideal soccer circuit is varied and fast, changing fluidly in response to each obstacle, capable of providing a myriad of possible options that can fire in liquid succession: now this, this, this and that. Speed and flexibility are everything; the faster the more flexible the circuit, the more obstacles can be overcome, and the greater that players skill" 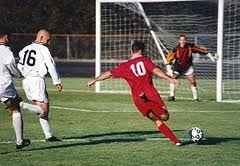 Now that sounds pretty cool. So if we want to help improve someones soccer (football) circuit then our training for that sport should help increase the sphere of the players movement, speed and flexibility. To be dynamic, variable and increase the brain/body connection would seem prerequisite for such an activity. This would be a functional approach to training!

BUT in fact Coyle goes on to talk about how we teach people to play instruments, in this case the violin.

"This circuit is not a vinelike tangle of improvisation but rather a tightly defined series of pathways designed to create-or more accurately, recreate-a single set of movements" 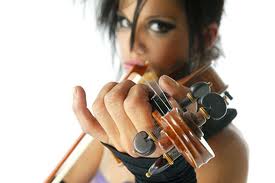 This struck me as a more accurate description of how we teach people to exercise in the gym. A set way of performing a movement not to be deviated from. A series of movements that lack the variability of any sporting or movement skill that we may want to enhance, in fact a completely different skill set.

When we build neural circuits and fire them repeatedly they get larger, stronger and after time and repeated use through practice they get myelinated. The Myelin insulates the circuit allowing the signals to travel faster and more efficiently. These circuits are specific to the practice or training the we do. Playing the violin does not increase my skill or ability to move or produce force for football.

The generic nature of exercise and strength training in particular would lead us to believe that strength and movement are generic.  By practicing a defined pathway movement such as a squat this will enable me to improve the incalculable movement and strength/force production variations involved with football. The deadlift and bench press, movements that do not move my centre of mass away from the vertical, will enable me to explode in various directions and apply my force against another body in the horizontal plane. Studies have shown very limited crossover from training one specific movement to another specific movement!

The variables involved in applying your force against a moving external object are huge. From the foot positions taken to the change in position of the opposite body and the angle both bodies are moving in.

During a specific functional activity the feedback loop from the nervous system will define the appropriate response in terms of movement and ability to apply force. If the circuit is not variable then can it respond to a varied input?

"The rate and number of fibres firing depends on voluntary and involuntary processes....the involuntary ones to the feedback of the proprioceptive system"

Involuntary would be more subconscious processes that are involved in sporting activities. They would also apply to the stretch reflexes involved with eccentric before concentric contraction! Something else involved with sporting force production.

"there will usually be changes in centre of gravity, moments of inertia, centre of rotation, centre of percussion and mechanical stiffness of the system that will alter neuromuscular skills required in the sport"

If we believe that the mechanical/neurological skill process is vital to specific functional force production or strength and that during sport this is a constantly changing and evolving landscape then to train for this process we must involve variability. It must be more like teaching someone to play football than the violin. More variable than defined.

We must allow the body and mind to process information and create a response based on that information. Instead we try to create a robotic series of defined motions that offer a limited response. Even worse at an elite level of training we have created governing bodies that advocate training protocols with exceptionally limited variation in exercise. None of which ever come away from the vertical, none of which involve rotation. Sound like sport?, look like sport? Seems to me it is more like playing the violin than football!

How many sports only involve moving the centre of mass in the vertical? The ability to decelerate and accelerate in the horizontal plane is pretty much sport! Throwing, kicking and hitting all involve rotation. They also all involve strength, flexibility, speed, stability and power during the same split second periods of play! Not as individual components.

A similar rationale maybe applied to the world of rehabilitation from injury also. Do we want to prepare our clients for a limited range of specific movements or the variability of the world that we function in. This would be a personal choice.

On a final note, Malcolm Gladwell in his book 'Blink' describes a complex war game in which he felt the protagonists over analyzed the scenario in front of them.

"They were so focused on the mechanics and the process that they never looked at the problem holistically. In the act of tearing something apart you lose its meaning"

I believe that this can happen in our approach to the body. By reducing it to components we lose the magic of integration that creates movement. This also leads us to understand why injury site and source may be different!  If we focus solely on the injured component then the cause will never become apparent. This is in part why we have chronic problems.

As usual this is my own take on a complex subject. More opinion than fact! Although with supporting evidence.

Optimal range. More may not be better!
Strength
Using your mass!!!
Does clinical testing tell us much about functional performance? The Thomas test.
The curse of the short leg
The brain, movement and pain! Part one.

Muscle firing. What does it mean?Simple side of biomechanics!
Scroll to top