Blog
You are here: Home1 / Blog2 / Uncategorized3 / What can a trip to the betting shop teach you about the brain, movement... 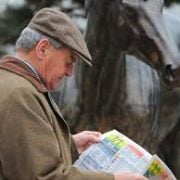 This is one of my favourite analogies to help us better, and simply I may add, understand predictive brain functioning so to answer that question lets first transport ourselves to the the betting shop.

Any self respecting 'bet layer' will diligently study the form of the team or horse they are about to put a bet on, otherwise it would simply be a wild stab in the dark. 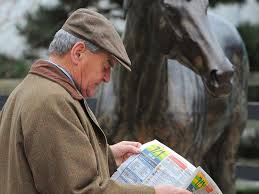 Firstly, are they historically winners so have a good track record of winning?

Secondly, you may want to find out if they have been winning or losing recently so what is their current form like.

If we look at Manchester United recently we see although they have a great history of winning over the past 20 years their performances over the last few seasons may temper the confidence in their current performances.

Basically we have two factors:

1. What has happened previously?

2. What is happening right now?

They will both influence my prediction of what is going to happen in the future. In the world of the betting shop that directly correlates with how much money I will bet!

To work out an uncertain future situation I have used the past and the current situation to create a probability or likelihood ratio that shapes my future actions.

This was concept was examined in relation to statistics by Rev Thomas Bayes in the 18th century with ‘Bayes Theorem’. ‘Bayesian inference’ has been applied to many contexts since including brain function.

This is a fantastic book that discusses the memory-prediction model of brain function by Jeff Hawkins. “On intelligence” 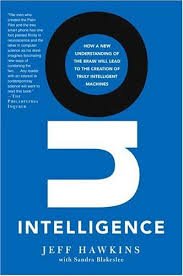 So what has that got to do with the brain, movement and pain I hear you ask?

Well this is exactly the way it has been hypothesised that our brains work.

It has been proposed we use a memory-prediction model that rather than computing all possible outcomes such as a computer might we instead auto associate current context with previous experiences to work out the probability of the potential outcome and then formulate an appropriate response.

We trigger these memories via matching them with sensory information or intentions such as planning actions. Matching stored neural patterns with current sensory input creates a probability of the potential outcome.

I have my own simple model, open to scrutiny by cleverer folk, in regards to predictive brain function.

If we think about pain as a response to perceived threat then our previous experiences will affect our current perception of potential threats and this has been previously discussed by the likes of Moseley and Melzack in relation to pain.

One theory put forward is that the brain has a vast amount of power but is actually quite slow in its operation. A potential reason is the biological nature of humans. Once a neuron has been activated through depolerisation and generated an action potential it then has to repolerise and this process takes time to get back to its resting state. 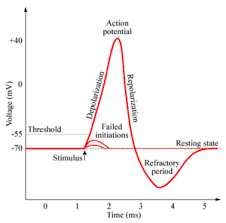 This is a process that requires the balance of elements within the cell to change and  although we have a vast amount of neurons they are slow(ish) in their action especially as they have a refractory period.

This predictive operation may also reduce latency (delay) in processing times of information from the periphery that are often cited as reasons for models decentralising the control of physical actions.

Why is this important?

Perhaps our current responses are not being simply constrained by physical parameters but are instead also being driven by previous experiences that shape our perception of current events and therefore the associated response.

As an example we have historically worked on the lengthening and strengthening of muscles to alter things such as posture and apart from anecdotal successes we see little empirical evidence that we can actually alter someone’s posture. The same maybe true of running gait, stretching and strengthening seems to have little effect on how someone runs as the joint ranges and muscular stiffness could actually be pre programmed before the foot hits the floor regardless of the strength of a muscle.

Our muscular responses maybe driven far more by habits that are neurally stored patterns retrieved in response to specific contexts rather than a more physical constraint.

So basically, if I have had previous painful experiences this may shape my future responses.

Subconscious analysis: Raising my arm has caused pain before it may do so again. What can I do to limit or achieve this task another way?

Now my motor response could be to stiffen the shoulder muscles as the arm is raised in response to previous painful experiences regardless of the baseline tightness or weakness of the shoulder muscles, they may tighten in response to a specific context that has been deemed as having a high probability of causing pain. This probability ratio may become higher the longer a pain may have persisted for.

We could also limit the arm moving by increasing actual pain or creating an increase in sensation as an output response.

Part of the point of having a sensory system is to alert the terminal point, the person and their brain, of what is occurring in the body and the threat that that may pose to that individual.

Putting this into practice

For most of us, especially those that enjoy sports, as soon as we see a ball in a friend’s hand we have associations with this set of sensory information. My previous experiences of playing with a ball might make me happy and we have coupling between happy neurons and the activation of neurons by the visual stimulus of the ball. This is a stored neural pattern.

My brain might start to get together the motor program of catch as a prediction to the visual stimulus, the probability is that the ball is coming to me and I need to catch it.

How about if the ball was thrown in my face last time round?

My association with the sensory input maybe entirely different. Suddenly neurons associated with fear and apprehension are activated. Neurons associated with the sympathetic system and stress responses light up. My motor planning areas might create a step away from the ball or the action program of protecting my face. The same visual stimulus might create very different predictions in a number of interdependent sub systems based on previous experiences.

Now take my son when he was small. I picked up the ball and went to throw…..and got nothing. No motor program of preparing to catch and the ball just bounced off his chest when I threw it to him.

Simply he had no memory to draw on to create a prediction of outcome, this has to be learned. He has to learn what the visual stimulus of the ball means and what he has to do, my job is to provide happy learning experiences for him to learn from!

So even though catching has a unique pattern of muscular activation dependant on ball trajectory and force, this being current information to process, the activation and movement outcome, or prediction, may also be influenced by my previous experiences to create the perceived best (maybe?) result.

Is this process good or bad?

Of course it could be both. It just is!

A prediction could potentially become too ‘overprotective’. If I avoid an action because it has been predicted to be problematic then by no problem arising the prediction has become true. The probability is now that by avoiding it I will not get an adverse outcome.

In an acute injury situation the protective behaviour maybe entirely warranted to protect from further injury. However maintenance of this protective prediction maybe become a problem within itself once an injury has healed.

Can this prediction influence physical factors such as load tolerance?

Again lets put this into a context.

I get pain when I bend over, by not bending over I don’t get the pain. My prediction that bending over is a problem comes true and the probability that it will cause problems in the future becomes greater. My future predictions are thus reinforced.

If I do bend over the active movement components may act by stiffening or by going into spasm as a limiter based on the probability of harm. They may not be calibrated with normal proportional muscular response but instead a maladaptive process with disproportional physical responses. The physical genesis may be long gone but the associated behaviours may remain. The muscles may not be tight or weak in another context.

We are seeing a rise in the use of increased loading during therapy, which is superb and vital to local cellular responses and increasing the ‘zone of homeostasis’ of the tissue. Sometimes we must address the predictive behaviour to allow the physical loading and physical and physiological adaptations to occur in the relevant areas.

Perhaps for some breaking habits is the most important part of any therapeutic approach rather than the physical aspects and also to allow the physical factors to be influenced.

We see prediction used in sport all the time

In sport we see the need for prediction as in certain situations it maybe impossible to react. In tennis, as an example, we see the use of anticipatory cues and it has even been hypothesised that an elite tennis serve maybe beyond human reaction times.

This has been discussed as a perception-action process *Click Here*. To have a perception we must have some stored memory of what the physical cue may mean and this is in part shown by the fact the expert performers performed better in tennis scenarios than novice performers but not in non-specific reaction situations.

Interestingly reaction times of expert performers was quicker when playing against a live opponent rather than a machine, again potentially highlighting that increased physical cues that can be associated with stored memory enhanced the predictive process and reaction times

Here is a great video from Daniel Wolpert that discusses similar concepts.

Here are some scenarios were players in sport use the other player’s predictive ability against them.

• In tennis people ‘shape’ to hit the ball in a specific place to send people the wrong way.

• In boxing people feint a punch to draw a reaction so they can counter.

• Many sports talk about players who can 'read the game'. This maybe a better memory-prediction model

This has been looked at with respect to chronic pain with the idea of ‘pain memories’ and I have written about this in detail previously. Meaningful movement, Pain ‘memories’ and Recalibration!

This is where pain associations become stored as neural patterns or ‘memories’ and maybe recalled in the absence of nociceptive signalling from the body perhaps becoming coupled with proprioceptive signals or even motor intentions/planning.

This pattern recognition, perception of associated threat and associated sensory and motor prediction of protection may go some way to explaining some of what we see in the behaviours with chronic pain patients in response to specific movements or movements from specific areas of the body.

Here are some basic points I feel we can potentially take home from looking at memory-prediction/Bayesian inference models of brain function.

• Context is key for some. Addressing habits and behaviours, not simply muscles, nerves and joints etc, for longer-term change maybe required.

• Create new positive experiences to be stored and retreived. This may influence future predicted behaviour.

• Our Psychological beliefs can affect our movement behaviours.

Two tribes go to war – but who wins, a strength or a movement approac...
Scroll to top