Blog
You are here: Home1 / Blog2 / Uncategorized3 / What you have been told about the way 'core stability' works... 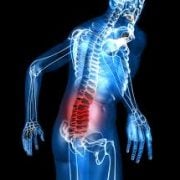 This is another little short blog on the theme of lower back pain and is a follow up to another popular post from a couple of weeks ago that can be found below.

Exercise for back pain works but maybe not in the way we think it does!

One of the long-term theories of the cause/resolution of back pain is that of 'core stability'.
The deep core muscles such as the TvA are meant to fire or activate at a specific time to create stability for the spine and stop apparently damaging ‘micro movements’. I am unsure why micro movements would cause more damage than bigger movements but I will leave that to much smarter folk than me! 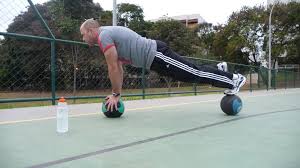 The theory is that the TvA contracts bilaterally or directionally independent to stabalise the spine locally (in conjunction with some other muscles although focus has always been more on TvA) and works differently to the other core muscles that are seen as more ‘global’ and actually create specific movement. This was based on Hodges et al original work on the TvA in the mid to late 90’s and has massively influenced training, injury prevention and rehab over the last 20 years.

In the original work of Hodges the onset of TvA activity was delayed in those with back pain compared to controls by 20ms or a 50th of a second with a rapid arm raising task. Firstly we do not know if this is a cause or an effect of pain, the inference from this data seems to have been that it is a cause. Can we make this conclusion from subjects already in pain? Secondly the original work was performed on a unilateral TvA and has been extrapolated to a bilateral theory of a muscular corset stabalising the spine and lastly is this delay even significant mechanically?

Does the TvA work bilaterally to stabalise the spine as we have been led to believe by theorists across the worlds of training & therapy or do they work specifically according to functional activity like most muscles?

That is exactly the question that the two papers I am going to look at below asked!

The inclusion of the conclusion in the title always ruins the suspense and as you can read these authors found that the TvA firing was both asymmetrical and directionally specific.

The paper firstly points out that earlier research data was not congruent with the 'muscular corset' theories formed from Hodges original work with regards to TvA activity.

So what did the data say?

Well when the subjects raised their right arm the ipsilateral TvA on the right side lagged behind the activation of the TvA on the contralateral side, the left. The activity was clearly asymmetrical and specific to movement being performed and the direction that the stimulus on the trunk was coming from.

Just so we don’t chalk this up to methodological errors the authors state:

“Furthermore, because the laterality responses of the respective sides of the TrA muscle are replicated for left and right arm flexion perturbations, and repeated across time, the findings can-not be attributed to signal amplification or in vivo errors in fine-wire placements”

Another study in 2012 found exactly the same thing.

Corset hypothesis rebutted--transversus abdominis does not co-contract in unison prior to rapid arm movements.

Again another conclusion in the title not allowing me to build anticipation! This study found pretty much exactly the same thing. The movement of the arm created a rotational force on the spine and in response we see asymmetrical TvA activity. The contralateral (opposite side) TvA kicking in before the ipsilateral, TvA function was significantly related to which arm moved.

“It is only by studying muscles on both sides of the trunk that a true picture of reciprocal and co-contraction can be developed. The methods used in this study refute the original hypothesis that bilateral feed forward co-contraction of TrA is a normal strategy during rapid arm movements”

The authors felt that training the core to act independently and bilaterally would actually disrupt normal movement patterns and the function specific activity of the core muscles. Many of our functional activities are asymmetrical running, throwing, kicking and reaching are some examples and bilateral TvA activity could be unnatural and disruptive.

We have problems from both ends for a 'core stability' approach. The theory is not supported by the data and equally the efficacy of the approach based on the theory is far from promising.

Think about how many training and rehab methods that use these type of exercises and a corner stone to their approach. The point of having evidence is of course to use it and perhaps these two papers have been brushed under the carpet a touch!

Exercise for back pain works but maybe not in the way we think it does!

The irrationality of pain.
Scroll to top