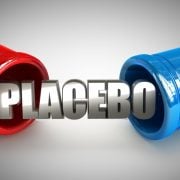 If you have been any where near social media over the last few years it cannot have escaped your attention that pain is seen as a much more complicated entity than had been previously thought.

We have to see pain as a SUBJECTIVE experience that can be modified by many varying elements such as emotional, sensory and cognitive factors. One of the most studied aspects of the modulation of the pain experience is the placebo and the placebo effect.

Here is a great comment on what the study of the placebo effect is.

“The study of the placebo effect, at its core, is the study of how the context of beliefs and values shape brain processes related to perception and emotion and, ultimately, mental and physical health” - Benedetti *HERE* 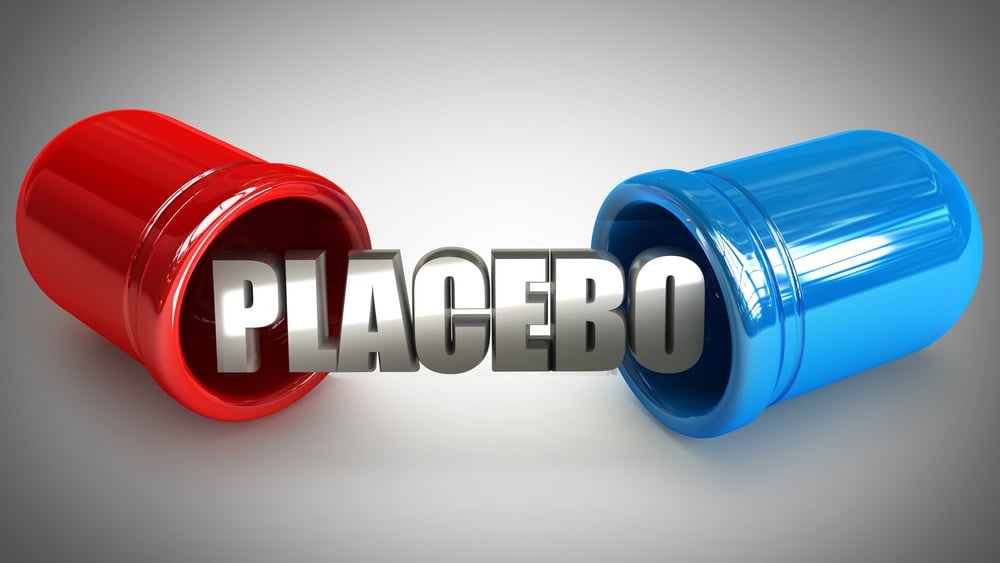 We could perhaps split any therapeutic interaction into two components:

I think it is fair to say the Specific/active biological part is probably thought about much more than the Contextual/psychosocial part, certainly during my educational process.

Internal contextual factors such as previous experiences, beliefs and expectations and positive or negative emotion have also been shown to modulate the outcome of a treatment.

So it sounds like this placebo and its effects thing should be pretty important right? Yep but unfortunately one of my least favourite words is…… Placebo!

Here are a couple of definitions of what a placebo is.

"a substance or procedure... that is objectively without specific activity for the condition being treated" - Shapiro

We are presented with a paradox here. If something is without specific activity or is inert then how can it have an effect? This paradox presents a problem as it casts the placebo and its effect in a negative light.

Here are some words that have been associated with placebo and the placebo effect.

Here is a great paper from the main man on the subject, Fabrizio Benedetti “Mechanisms of Placebo and Placebo-Related Effects Across Diseases and Treatments” who explains it all much better than me!

A much better term

A much better term in my opinion is CONTEXT.

Regardless of what you do with the human body from being a trainer to a physio or even a doctor, it is important to recognise that the CONTEXT you create in your interaction with your clients and patients has a very real effect on the outcome you are trying to achieve. We could even go as far as saying that being a good car salesman has similarities in this regard.

Now we could see this as unethical if someone were to manipulate CONTEXT to create a positive effect whilst knowing that the intervention they were using had NO real evidence of effect. But if we can SPECIFICALLY create the most advantageous context coupled with best practice then surely this has to be the overriding goal? This is suggested here with regards to manual therapy *HERE*

Simply avoiding creating a negative context could be a big deal for the overall outcome. A classic paper from Darlow *HERE* highlights the impact of what is said on the attitudes and beliefs of patients with lower back pain. It has been suggested that the variable of a negative context or nocebo is scarcely considered in a clinical setting. In fact peoples satisfaction is not influenced only by the treatment outcome but also but interaction with the therapist and the PROCESS of care itself. The magic is not just in the technique as many believe! *HERE*

Think about the negative influence of potentially NORMAL scan results. This may not only create a short-term negative influence but can go on to change behaviours and expected outcomes over the longer term. This study found early imaging for acute back pain actually increased long term disability *HERE* . A potential reason maybe the negative contexts that MRI’s can create. Simply rewording MRI reports had a positive effect on aspects associated with creating a positive context *HERE*

A lot of study into placebo and the placebo effect has focused on the neuroanatomical and biological aspects such as the brain areas involved and chemicals produced. This is exceptionally important in my opinion as it provides a clear link between thoughts and emotions and chemical influences on the experience of pain. Rather than being a mysterious enigmatic creation of the mind, positive context becomes a real event with real chemical mechanisms.

Top down modulatory systems are activated in both positive and negative context. This excellent paper explores these mechanisms. “Different contexts, Different pains and different experiences”

These are are all involved in analgesia.

Brain areas such as:

Are all involved in the placebo effect.

There are some fantastic papers on the descending inhibitory systems. I would advise anyone with an interest in pain to read these.

What we can learn by looking at context and its effect on these modulatory systems is that the effects are VERY REAL and backed up by a large body of scientific literature. Hence the context we create should be a very real consideration rather than a side effect or something to be hoped for from an ineffective treatment.

Pain that is coupled with a positive context via reward is another example of pain modulation. The coupling of positive context of reward has been shown to significantly increase pain tolerance through the activation of the opioid and cannabinoid systems.

This experiment *HERE* used ischemically induced pain and we can potentially apply this to the old fitness saying ‘Feel the burn’ that ties an uncomfortable sensation into a positive context to drive us on to achieve exercise targets.

Dopamine is also linked with reward analgesia and involves the Nucleus accumbens (NAc) that pumps out the neurotransmitter dopamine. Both cocaine and opiates (there is a rumour they make you feel good!) stimulate dopamine release from the NAc.

We also have an effect of preconditioning and associative learning. If we have previously had a good experience from a treatment we are more likely to have another good experience with the same treatment EVEN if the treatment potentially is ineffective or implausible.

We may associate a person with a specific outcome such as “My therapist has magic hands”, this belief and expectation goes some way to making a positive outcome more likely to happen again. Expectation of decreased pain was looked *HERE*

Previous experiences shape our future expectations and when the expectations are met they reinforce future belief leading to an even greater relationship. We could potentially apply this model of belief expectation and conditioning to repeated treatments that give people short-term relief.

Predicted expectation and outcomes of treatment have been shown to have a relationship for a number of conditions.

This is a great paper from Bialosky.
“Individual Expectation: An Overlooked, but Pertinent, Factor in the Treatment of Individuals Experiencing Musculoskeletal Pain”

We have to also remember that pain perception can be facilitated or ‘turned up’ as well. The rostral ventromedial medulla (RVM) has both ‘off’ (inhibitory) and ‘on’ cells (facilitatory) that will influence pain perception. The two papers linked above on descending modulatory mechanisms go into this process in more detail.

During periods of acute injury this may provide a powerful biological protective mechanism but may also be involved in the maintenance of chronic pain.

The title of this paper is fantastic, “Bad news from the brain”  It describes mechanisms of descending facilitation linked into cognitive and emotional aspects.

My only caveat is the literature is still dominated by the concept of nociception and I would be interested to understand the effects of context on less nociceptively driven pain mechanisms too, especially in light of our changing understanding of pain! Does this model work better with chronic pain driven by sensitization of the periphery, spinal cord and brain stem driving nociception (from potentially previously non nociceptive stimulus) rather than supra spinally?

Make people feel positive about you, themselves, the issue they have, the process they are about to go through and the outcome of it all!

Start by listening and actually hearing. We are ALL guilty of formulating a reply in our heads while someone is still talking. This probably means you are not listening! Listening and concentrating is a real skill in my opinion and one I am constantly struggling with.

Helping reconceptualise someone’s current experience and the meaning of what they are experiencing might just get some of these complicated neurobiological systems going.

The practical bit - Ways in which we can affect context

These are some key communication points from the paper:

My bias is using movement as a tool to help.

The question I ask myself is “How can I create a positive context around moving?”

This means that I can hopefully get the positive physical biological and the contextual biological parts of an interaction.

We may have to overcome negative context surrounding the physical aspect first to actually get to the physical aspect! We can often pathologise movement that may create entirely the opposite effect regardless of someone’s positive intentions.

10 mistakes I have made using a movement based approach

Are your rehab or training programs creating an environmental disaster?
Scroll to top
We use cookies to ensure that we give you the best experience on our website. If you continue to use this site we will assume that you are happy with it.Ok