Blog
You are here: Home1 / Blog2 / Uncategorized3 / Should we be screening movements? 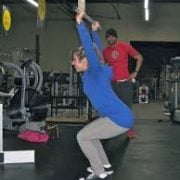 With so much debate about the FMS this past week someone as opinionated as myself, I write a blog for gods sake, can’t help but wade in with my two penneth worth!

I wrote a long time ago about movement screens here.

Perhaps rather than talking about what a screen isn’t and doesn’t do we should have a look at what we should be screening for? This is not about critiquing anything instead presenting an alternative view.

A screen should be quick to implement and give us some idea of physical capacity in specific areas. We often ask too much of screens, they may tell us something is wrong, sometimes the ‘ideal’ is flawed however, but perhaps not exactly what it is or how to rectify it and nor should they do that. Instead they should lead us to something to assess in more detail. Perhaps something a little like this. 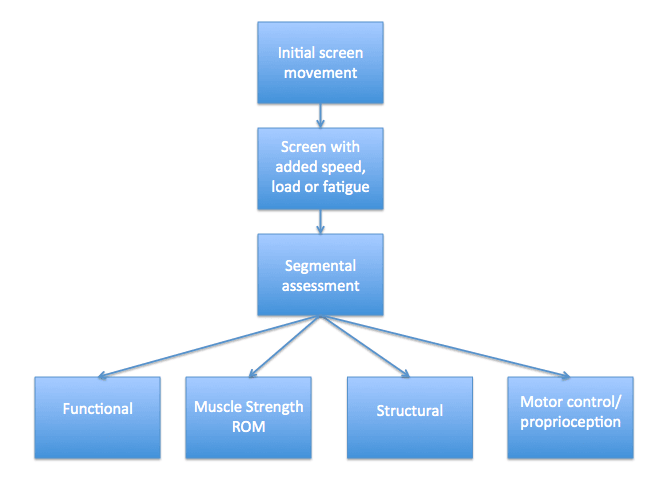 A low score on a screen may lead us deeper into the assessment process that would involve more detailed assessment and the increasing use of video or sensor technology.

Should we screen movements?

Getting to the point of the piece perhaps the answer is a nice and clear…. sort of!

In my personal opinion physical qualities are probably more important than individual movements. There are a number of qualities that we may need to possess to be able to operate at a high level of capacity and possibly, perhaps a big possibly, reduce the risk of injury and I will discuss those later.

The problem with ‘picking’ a bunch of movements to perform correctly is that no movement is ever going to be right for everybody or rarely even performed in the same way twice. 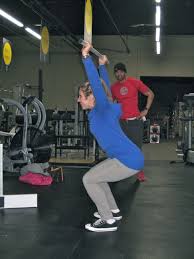 Watch a video of any game of sport and analysis the wide variation of squats and lunges performed, sometimes at medium ranges sometimes at end range, sometimes quickly and sometimes less so. They will happen at multiple angles and with different weight distributions.

So what am I really screening for with one very strict and contrived version of a movement generally performed in a controlled gym environment? Precisely your ability to perform that movement in that way!

I personally want to screen for what happens on the pitch not for the weights room, unless of course that is the major environment the person is operating in.

Essentially any movement is a screen provided you have some criteria to look for but that may prove too much to bite off for many so there will always be a need for someone to bring together something more formal.

Everytime you teach some an exercise in essence you are screening as based on their grasp of your instructions you would then choose an appropriate load. Bingo... a screen!

If you do a good job then you might just pick a bigger weight. We have to be careful not to make assumptions however as load and speed have an effect on the performance of movement as we see *Here* and why adding load would also be a screen in itself!

In my opinion the bio motor abilities that best reflect both risk and capacity for dynamic activity are:

All of these qualities have data that links them to injury, qualities that are affected after injury or are required for movement capacity. After all previous injury is the biggest indicator of future injury.

By screening physical deficits can we reduce future occurrence or re occurrence? We certainly see that this is possible with neuromuscular training for knee control in landing with ACL injury in female soccer as an example.

We now need to wrap up each of those qualities into a neat little package to be assessed. That could be through movements such as hopping, landing & lunging that provide appropriate levels of force to challenge the bio motor skill being assessed.

We also need to be able to see how these movements are performed in different contexts such as with increased fatigue, speed, load or more unusual positions.

Another question to ask is do low load and strictly performed movements tell me very much about whether you are at any risk of injury in a game and we need to delve deeper into an assessment process?

Rather than just movements can we start to take the information we have and use it to develop or adjust screens. We could then have a collection of these screens that reflect physical qualities as a screening battery.

ACL injuries are pretty nasty and may put my star player out for the best part of year it is worth having some sort of screen that gives me some information about how they deal with scenarios that might provide risk to the ACL.

There has been tons of research into this area so it should be easy to tease out some criteria that we could use.

So what do we know about ACL injuries. (Here is something previous on ACL’s)

I now have some criteria to base a movement on to start to screen for the risk of ACL injury. The screen has to be quick and easy to implement and hopefully without too much complicated instruction or equipment required, that can come later in a full-blown assessment if required.

Essentially we end up with a single leg assessment adjusted to provide different top down forces acting on the knee via movement of the pelvis such as we see during sports related movement.

More often I think we are looking for people to exhibit stiffness and rigidity defined as ‘control’ than going through a kinematic range in a controlled manor that would effectively decelerate forces acting on the knee.

What could we look for?

The amount of control of knee valgus required changes significantly when the direction of movement changes. This video here is of an ACLR 5 years post operation and the distinct lack of control (sharp medial deviation) when controlling a single leg squat including a rotational force component.

My personal experiences recently with motion sensors have lead me to appreciate that we can have higher ranges but accompanied by lower speeds (measured in metres per second) with knee valgus and this may go some way to explaining why some can have large knee motions but do not get injured as the kinematics may be large but the kinetics are less.

So controlling the rate of the movement may be paramount rather than assessing the ability to simply keep the knee in a straight line and never deviate something completely non reflective of the reality of sports movement.

How much knee bend we have concurrently occurring may also be another factor as a shallow angle of knee flexion, less than 20° has been linked with the mechanism of injury for ACL’s. Anecdotal evidence of screening previously injured knees I often see hip dominant strategies and limited a tibial flexion angle.

How may I want to score the screen? Here's the realy tricky part!


Both quality and quantity may need to be reflected in any scoring system. Often we look at one or the other and individually they maybe limited in their ability to accurately indicate capacity or risk.

Quantity maybe great to have but without much control of the available range we may see the capacity for movement become part of the problem when faced with controlling high force environments.

A sole quality score often takes us back to the dark days of rigid control with quality traditionally being defined as an ability to remain neutral and aligned which are criteria that may not reflect dynamic movement.

Here we may have two ends of the spectrum that we can observe as problematic.

I have been spending a fair amount of time on this subject recently and hopefully will be able to present something soon.

Strengthening the most overused term in rehab?
Scroll to top