Blog
You are here: Home1 / Blog2 / Uncategorized3 / Biomechanics BS. Can you 'predict' injury or pain?

The perspective that the body is an interconnected unit that displays regional interdependence is a valuable one. That different parts interact in different ways during different activities and influence ROM (range of movement) in other areas of the movement chain should seem a fairly easy link to make when looking at the whole body during different context dependent movements. We often eschew the value of the integrated system in favour of the isolated joint/muscle model. 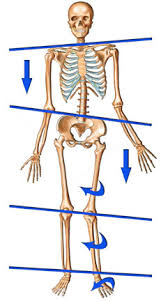 However if we start to critically evaluate this concept of interdependence can we make assumptions about the specific nature of the segmental relationships? Have we the evidence to reliably predict joint to joint relationships or a causative link to injury or pain if we don't conform to the predicted relationship and biomechanical ideal? As a former biomechanical enthusiast it has been the sheer weight of evidence that has caught my attention and forced me to question these ideas. The evidence has proved hard to ignore even in the face of my previous beliefs about what I though I knew!

I have decided to focus on one area, the foot and much blamed pronation, in this blog to provide an in depth look at some of the evidence.

Often biomechanical theories rely on reliable anatomically perfect structures that perform uniformly from person to person and deviation from this 'normal' has often been suggested as causative of injury and pain. Examples of this with regards to the foot and pronation would be length length differences (LLD) and differing 'foot types'.

The 'Chain reaction' theory of movement when looking at walking or running gait, relies on the foot causing a reaction that is then felt throughout the chain. It is a valuable narrative for proposing a theoretical model of how different body parts may interact but does appear to rely on certain prerequisites to occur.

One of these prerequisites is that 'optimal' calcaneal motion and pronation of the foot occurs and for this movement to be transferred to the tibia, femur and then further up the kinetic chain. Some advocates of this approach have attempted to reliably 'map' throughout the body the complex regional relationships even promoting causative 'injury prediction' based on 'sub optimal' mechanics further down the chain.

Some of the questions the critical mind may ask about this approach are:

"What is optimal movement to begin with?"

"Have sub optimal mechanics reliably been shown to be causative of injury or pain?"

"Does pain change our biomechanics or do biomechanical variations cause pain?"

"Do you have evidence to back your view up?" 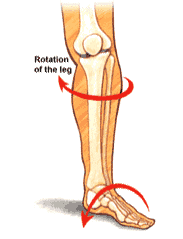 Pronation of the foot is a pretty important thing for many reasons that are not really the focus of this blog, such as adapting to variable surfaces and force attenuation. The effect of pronation higher up on the chain is certainly a murky area and not definitive by any means.

To understand whether the foots affect on the body is optimal for the required affect on the rest of the kinetic chain, first we must define what optimal or even adequate is.

Dr Kevin Maggs in his excellent "The Definitive Guide to Pronation: Clinicians Version", which provided a great resource for this article, has this to say on the matter.

"We have no definition of what “normal” pronation is, so how can we possibly define what ‘over’pronation is? This type of ambiguity is frustrating for clinicians and patients"

Could it involve? (of pronation):

Time during cycle spent in.

Or all of the above?

The basis of 'normal' foot function has its origins in the work of Root and Weed in the 60's and 70's. They conceived the theoretical ideal foot that should function around a neutral STJ (sub talar joint) position, which they described as being oriented at 41 degrees, nicely between the frontal and transverse planes. This creates a torque converter where rotation around the frontal plane axis of the STJ through calcaneal eversion creates a 1:1 equal reaction in the talus into talus adduction in the transverse plane. This 'coupling' motion is then transferred into internal rotation torque of the tibia and higher up the chain to the knee and hip and beyond. Because of this 1:1 ratio excess motion of pronation will create increased tibial motion. This increase of torque has been theorized as a potential injury risk. Equally a lack of pronation will not cause the movement required for tibial internal rotation and a decreased reaction up the chain. A force based model seems not to take into account the variable motor control we may have over various segments to control excess force.

This all hinges on the fact that we should have a foot that conforms to this ideal. Deviations from normal foot function have been previously hypothesized for a number of pathologies such as in Tiberio's "Pathomechanics of Structural Foot Deformities" (1988)

"Feet that did not fit these criteria were then deemed as 'abnormal' with the assumption being that they may provide less efficient walking and running gait patterns, and be more prone to injury due to compensations that may occur during activity."

He goes on to say

"It should be noted that this has never been suggested in any research, instead just gaining popularity within both medical and lay communities insidiously"

So lets take a look at what the science says with relation to the 1:1 ratio of the  'torque converter' or 'mitre' of the STJ.

There are two issues here. Firstly is there a 1:1 ratio and of STJ to tibial motion and 41 degree oblique axis?  Secondly does any one conform to the median 'neutral' of 41 degrees if it does exist?

Lundgren, "Invasive in vivo measurement of rear, mid and forefoot motion during walking" Gait Posture. 2008, has the axis about 30 degrees (using probably the most accurate method!). Average ROM for the participants of his study had 11.7 deg of frontal plane motion at the STJ vs 7.2 of movement in the transverse plane between the talus and tibia. Not a 1:1 ratio of transfer from the STJ to the tibia.

Lundgren's data in fact shows far more motion between the talus and navicular with some individuals. As much as of 21 deg of motion in both the frontal and transverse planes at the mid tarsal joint, an equal motion (although is this important?)! The talonavicular joint is under looked at in pronation mechanics in my opinion.

Reischl and Powers, Relationship between foot pronation and rotation of the tibia and femur during walking, Foot Ankle Int. 1999 found:

“The lack of a relationship between peak foot pronation and the rotation of the tibia and femur is contrary to the clinical hypothesis that increased pronation results in greater lower extremity rotation”.

In this study the magnitude and timing of peak pronation did not correlate with tibial or femoral rotation.

So here we are seeing a trend in the research that indicates a predictable reaction between the foot and body is certainly not clear. In my opinion this makes it extremely hard to even postulate, let alone reliably predict or prove causative, the effect the foot may have on the rest of the kinetic chain. This does not invalidate their relationship but certainly makes it more complicated. Especially when designing and educating using complex predictive biomechanical models of movement or injury.

On to the next point. How many conform to the median of 41 deg, if it did exist? Well again Dr Maggs review of the data from a number of studies found variations in subjects axis from 20 to 68 degrees. Hardly a tight grouping around the 40-50 degree mark. This shows the large variation in axis height and the unpredictable nature of how this affects the tibia, femur and higher up the chain. The higher the axis above 41 deg then the more the transfer of rotational torque to the tibia in theory. In practice this does not seem to be the case. This would indicate the body is able to control movement through more proximal control strategies and is not a simple slave to the movement at the foot.

If we cannot agree on how it directly influences the bits directly above how the hell can we predict what it will do in even more distant structures?

Measuring pronation also provides a troublesome area. With so many differing methods from video analysis to force plates to hands on assessment it seems we have no gold standard. Again making it harder to define a normal pronation process with which to then compare an abnormal against. 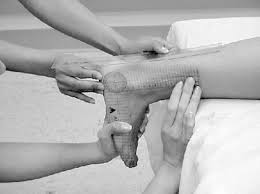 "On the basis of a critical evaluation of the literature, it would appear that arch height and footprint indices are invalid as means of categorizing foot morphology"

STJ neutral has long proven difficult to assess in a reliable fashion.

It appears to be pretty tough to be able to accurately and repeatedly measure pronation even amongst experienced professionals. Does that mean we should discount it, no. But it is difficult to then use that measure to predict or prove causative of injury elsewhere in the body. If that evidence is available then I am all eyes. Until then it is a nice story and a valuable way of starting to connect the body in upright function. Something we have not done enough of previously.

So there must be a provable link to injury both in the lower extremity and further up the chain if we place so much emphasis on deviations from 'optimal' pronation.

They looked at a number of variations in alignment. Arch index (AI), heel valgus (HV), knee tubercle-sulcus angle (TSA), knee varus (KV), and leg-length difference (LLD) were all measured. No variations appeared to be causative. We have to ask our selves the question "when does a variation become a limitation?" I suspect this will be highly individual.

In "A prospective biomechanical study of the association between foot pronation and the incidence of anterior knee pain among military recruits" Hetsroni et al J Bone Joint Surg Br. 2006 found:

Powers in "Comparison of foot pronation and lower extremity rotation in persons with and without patellofemoral pain" Foot Ankle Int. 2002 looked at:

Based on the available evidence it seems hard to reliably predict what reaction the foot may have on the tibia and therefore even harder to predict what affect it may have further up the chain on other areas of the body.

Global movements are brain based patterns rather than simple force based bone reactions and this means we probably have a way of self organising to achieve the task with our individual structure, motor learning and previous movement experiences.

Any models of movement prediction, mapping or injury causation are at best a guess using foot pronation. This does not mean that foot pronation does not have any importance or impact on the whole kinetic chain but it is certainly not a consistent or predictable reaction amongst individuals.

Variations in structure and function are normal and do not seem to be consistently attributable to injury or pain. This view appears to be supported by the available prospective studies.

Popular current clinical methods of assessment of pronation appear not to be reliable, accurate or repeatable. To use these methods to make predictions or causative links in other areas of the body would also seem to be difficult if we follow the evidence rather than assumptions.

The foot remains an important and under assessed area of the body in relation to movement. The question of the influence of the foots affect on the body and the bodies affect on the foot needs to be further explored before making links between movement elsewhere in the kinetic chain and causative of injury and pain.

Stability and mobility. Best friends….
The brain, movement and pain! Part one.
Overpronation.
Power of the capsule!
It's all about assessment….
Golf: Hip Overpronation!

Does clinical testing tell us much about functional performance? The Thomas...Pain and prediction.
Scroll to top